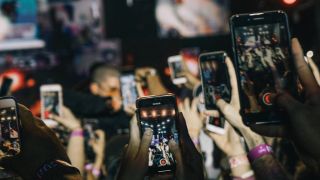 India has become a major point of attraction for smartphone companies be it China or South Korea. There's no dearth of phones in the country and it is only expected to grow with every passing year. While 2019 has just begun, International Data Corporation (IDC) in its Asia Pacific quarterly mobile tracker reported that last year, India saw the highest ever smartphone shipments clocking in at 142.3 million units. This translated to a good 14.5% year-on-year (YoY) growth in the sales of smartphones in India in 2018 in comparison to 2017.

According to IDC, brands like Honor, Asus, Realme and Xiaomi to some extent, which focused on online sales contributed to a 38.4% share of the market. Due to the several sales hosted by e-tailers Amazon and Flipkart with cashback offers and discounts, online smartphone shipments grew by 47.3% YoY in Q4 2018.

The offline channels still remain the largest and preferred mode of purchasing a smartphone in India and saw a growth of 6.7% annually last year. Further, it was able to maintain a 5% sequential growth by the end of the year. IDC report states that for the long-term success of any brand in India, offline sales play a very important part. This is something that Xiaomi has been closely working on, strengthening its offline presence by opening partner stores in Tier-2, Tier-3 cities while it led the online sales with 47.2% share of the market.

On average, buyers spent $158 on a smartphone in the year 2018 wherein more than half of the smartphones that were shipped constituted of phones priced between $100-$200. A whopping 181.3 million (around 56% of the total market share) units of feature phones were shipped in India last year. The JioPhone contributed around 36.1% of the total feature phone sales which also resulted in a staggering 23% decline in 2G and 2.5G cellular coverage in the country.

This year, we expect a lot of these online-exclusive smartphones to make their way to brick and mortar stores which means buyers are going to be spoilt for choices.