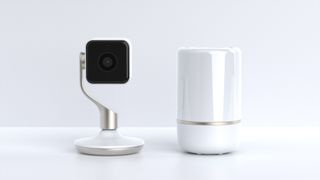 Smart home device manufacturer Hive has recently announced that one of the biggest name in smart lighting – Philips Hue – now works in the Hive app. This is an interesting move, as Hive already has its own smart lights, and has in fact just launched a new set.

We think that this integration, tied in with another recent Hive release – the Hive Hub 360 – is the start of a move for Hive to create its own wider smart home ecosystem.

Hive already has a micro-ecosystem in place, as you can control all of the Hive devices from the same app, but the introduction of third-party products is a new (and slightly surprising) move.

It's a complicated space

One of the big sticking points with the smart home at the moment is the siloed products, with each requiring their own app, and often their own hub. This not only takes up space and sucks up power, but is another device putting strain on your Wi-FI router.

The answer is a smart home hub like Samsung’s SmartThings Hub or the Wink 2, that operates not only using Wi-Fi but also Bluetooth Low Energy, and often Zigbee or Z-Wave, wireless protocols that have greater range and a more solid signal than their more famous counterparts.

We found it interesting that Hive released the Hub 360, as it already has an existing hub, but the Hub 360 is a slightly unique proposition. It uses AI tech to work as an auditory security system, and is designed to look like an attractive piece of ornamentation, a clear break from the usual ‘white plastic tech’ look that we see from smart home hubs.

There are more instances of Hive doubling-up, with two smart cameras both available. First the Hive Camera hit the shelves, then the Hive View.

Undoubtedly, the Hive View is the more attractive of the two (and has a design language that fits in with the Hive Hub 360), but the main difference is that the Hive Camera doesn’t sit in Hive’s main app ecosystem.

It seemed odd that Hive wouldn’t make the original Camera compatible with the app, but now that a plan for a wider ecosystem seems to be emerging, the Hive View/Hive Hub 360 tie-in makes more sense.

We contacted Hive to see if there is a plan for wider product integration into the ecosystem, and a Hive spokesperson replied: “In terms of other integrations, unfortunately I don’t have intel on this one but it would be great if they were to link up with other devices too!”

Considering Hive's (popular and well-designed) setup already contains a hub, it makes sense to build its ecosystem around that, rather than starting from scratch.

So, it can naturally introduce you to an ecosystem, and doesn’t require you to buy a separate hub, which at this stage still feels like an unnecessary complication in the smart home.

There is of course the possibility that you just want to use a smart speaker like the HomePod with the HomeKit ecosystem or Amazon Echo with the Alexa ecosystem, but both of these are limited in terms of the products that they support, basically due to the wireless protocols they support. The Echo Plus has Zigbee, but all the others don't.

It’s also worth noting that as there is competition between Google, Amazon and Apple when it comes to the smart home market, so some products (like Google-owned Nest and Amazon-owned Ring) sometimes don't play nice with each other’s ecosystems.

We’re hopeful that if Hive does continue to grow as an ecosystem that it could be more universal. It seems unlikely that it would support other thermostats, but before the Philips Hue announcement we would have thought that unlikely too.

We’ll keep you updated as and when we hear any more about this.