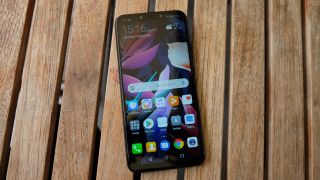 Update: Huawei just unveiled its HarmonyOS on stage at its own developer conference, which is expected to be the software that was codenamed HongMeng. You can learn everything we know so far about it here.

Huawei's next series of top-end Mate phones are expected to launch in the next couple of months, and one of the latest rumors suggests one of them will come with the company's new alternative to Android.

That likely won't be the case for the version of the phone you buy, but a contributor to SlashLeaks has provided information that says the Chinese version of the Mate 30 Lite may come with a different operating system.

It's rumored to be called HongMeng OS, and it's Huawei's own attempt to replace Android software on its phones. Huawei has said it has been working on the software for some time.

All Huawei phones currently run Android software with the company's own EMUI overlay on top, but this would be a whole new operating system that would run different apps and likely wouldn't have access to Google's services.

After the US placed sanctions on Huawei earlier this year, the company risked losing access to the Android platform.

While the company's situation now seems less dire, it's still unclear whether Huawei will be able to continue to use Google's operating system on all future devices, or whether it will be stopped from using it in the future, so it's understandable that the company would be looking into an alternative.

It would make sense for Huawei to test its own software on the Chinese market first, and including it on one of the lower end handsets in the Mate range rather than the flagship seems a logical approach too.

As ever, take this information with a big pinch of salt. We're unable to confirm the source, and we won't know Huawei's plans for certain until later this year when we see the Huawei Mate 30 series officially unveiled.