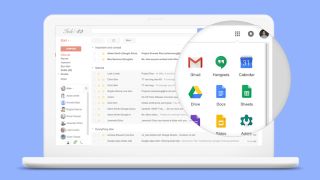 Halfway through 2018, Google revealed an AI-powered grammar checker for Docs and other G Suite apps, but at the time it was exclusively available to select business users, was disabled by default, and could only be activated via a company administrator.

Now, the tech giant has announced that the feature is rolling out to all customers that use G Suite Basic, Business, or Enterprise – services which currently cost $5, $10, or $25 per month respectively.

From today, these users will see “inline, contextual grammar suggestions in their documents as they type”, in a similar fashion to how Google’s spellcheck already functions in its ecosystem, but instead with a squiggly blue line beneath a grammatically incorrect or dubious phrase.

The technology is able to catch errors ranging from the commonly mistaken usage of “affect” versus “effect”, to more complex rules regarding the tense of verbs and correct preposition usage.

In order to achieve this, Google has built a model using machine translation and then checked the AI-created rules with linguists to make sure it's accurate in its suggestions. Given that the model is powered by artificial intelligence, it also means that it has the ability to learn and improve the more it’s used.

While the functionality is currently only available to paying customers of G Suite, its expansion is likely a hint that it will eventually make its way to an even wider release for all free users of the service, but we don’t have any indication yet of when that may be.