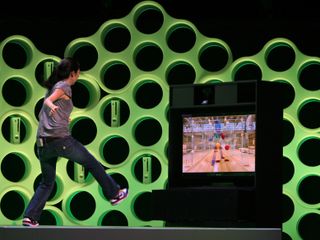 Kinect - a key moment in the Xbox annals

Microsoft has insisted that it is a 'crucial time for expansion' for the Xbox 360, with the arrival of Kinect and Xbox Live on Windows Phone 7.

Speaking ahead of the Kinect showcase at Gamescon 2010, Microsoft Europe's vice president of interactive entertainment business, Chris Lewis, insisted that the European market was hugely important for the Xbox brand, and also hinted as future plans in Windows gaming.

"This is a crucial time in expansion for Xbox 360, in terms of new audiences, new markets for Xbox Live and multiple platforms," said Lewis.

"With Xbox Live on Windows Phone 7 we are bringing the quality, consistency and community of the Xbox experience to gamers on the go, he added

Lewis believes that the new arrivals will propel Xbox ahead of the competition for the foreseeable future.

"When you look at what we are bringing to the market this year, with the magic of Kinect, alongside our blockbuster line-up of games, including the biggest game for 2010, Halo: Reach, we're confident that Xbox 360 has something for all the family and will be the gaming and entertainment console of 2010 and beyond," he concluded.