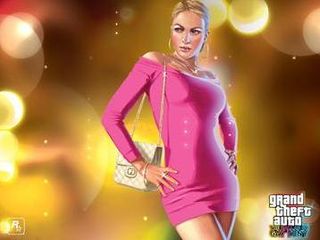 PS3 and PC finally get some GTA DLC action

PS3 and PC fans rejoice, GTA IV's downloadable episodes have been plucked from the hands of Xbox 360 users and will be available on both games systems 30 March.

It's been a long (too long) wait for any sort of DLC to come out for the PlayStation 3 and PC.

Because of an exclusive agreement with Microsoft, only Xbox 360 users had access to the new episodes.

But now the exclusivity has been lifted and Episodes From Liberty City will be available both in download and disc form.

"It's been a long time coming, but we are proud to finally deliver Episodes From Liberty City for the PC and PlayStation 3," said Sam Houser of Rockstar.

"We appreciate the patience of our PlayStation 3 and PC fans worldwide, and we look forward to putting the games in your hands this March."

For those out of the loop, the two episodes which expand the GTA universe are: the Lost And The Damned (where you play an outlaw biker) and The Ballad of Gay Tony (where you explore Liberty City's high-end nightlife).

No pricing has been announced, but unless they cost a million pound each we'll be first in the queue to buy the episodes come 30 March.