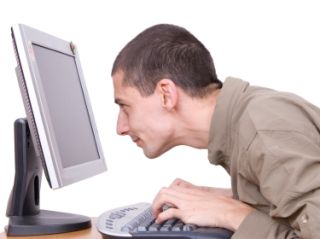 A new two-year study charting the gaming habits of over 3,000 Singaporean school kids claims that nearly one in 10 were 'addicts', suffering from increased levels of depression and anxiety and a noticeable drop in performance at school.

However, a number of leading British psychologists and videogame researchers have questioned the basis of this latest 'videogame addiction study' from Singapore.

Reuters reported on the latest 'controversial' new study, quoting Douglas A Gentile, from Iowa State University, one of the researchers behind the latest research.

"The [latest] study is important because it is a longitudinal study and has followed a cohort over a two-year period and because of the range of measures used shows what sorts of other comorbidity (eg, depression) may have associations with video game playing.

"Unfortunately, the study does not conclusively show the existence of video game addiction as the measure used to assess pathological gaming may in fact be measuring preoccupation rather than addiction. My own research has shown that excessive video game play is not necessarily addictive play and that many video gamers can play for long periods without there being any negative detrimental effects.

That said, Dr Griffiths does think that "video game addiction exists in a small minority of individuals based on the many studies I have carried out myself," adding that, "in the most extreme cases, video game addicts display many of the signs and symptoms found in more traditional addictions.

"Many people would argue that video games cannot be addictive because it doesn't involve the ingestion of a psychoactive drug such as alcohol or nicotine.

"However, gambling is one behavioral addiction that has been studied in depth (and is my own speciality), and there is lots of evidence that gambling can be genuinely addictive. If a behaviour like gambling can become addictive there is no theoretical reason why video game playing can't be seen similarly."

What does gaming addiction mean?

Back to the Singaporean study, Dr Nigel Holt, a psychologist from Bath, thinks that the study appears not to address the problem properly.

"When we do research with people we use tools, like questionnaires that are valid for the task we are doing. Just as a hammer is a valid tool for making nails go into walls – we have to ensure that the method we choose to collect data is valid. In this case, I would question the validity of that particular questionnaire.

Finally, internet psychologist Graham Jones questioned the fact that this latest study was based on self-reporting questionnaires.

"They can provide some useful insights, but unless the questionnaire was extremely well-designed, or there were some counterbalancing aspects to the study, the chances are people do not accurately report their true level of activity."

"There is often a popular assumption that playing video games for hours on end is a problem. Frequently the problem has arisen before the game playing begins; the game playing is a symptom, not a cause."

Via Reuters and The Official Journal of American Pediatrics Online