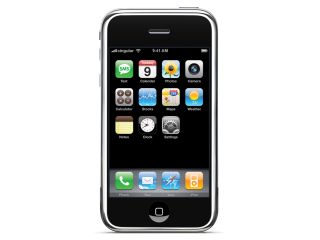 Now that you've taken time to recharge your batteries for another work week, I think it's about time you look at all the stories you missed.

With Apple continuing its rise in the hardware business, some aren't quite sure if the company has become more of a multimedia company than a computer manufacturer. But according to some analysts, Mac sales have been quite strong over the past quarter and similar results can be expected going forward. Could this be the beginning of Apple's computer dominance?

Flickr, the wildly popular photo management service that exemplifies everything you need to know about Web 2.0, has announced that it will begin to allow users to edit photos on the Web with a new service called Picnik. There is no official release date on the device, but the company indicated it will be available in the coming months.

Windows 7 is the code name for the next version of Windows. And while the operating system is currently in its development stage, Microsoft has indicated that it has created a new, slimmed-down version of its current kernel called MinWin, which it hopes to use in as-yet announced products.

As more cell phone manufacturers search for ways to attract customers, it seems Samsung may be on to something with the Juke. Amazingly enough, the Juke is razor thin and can be flipped open like a switchblade. Even better, the handset comes with a built-in music player and a VGA camera.

A new media player from SanDisk

SanDisk is on the verge of releasing a new media player that, according to reports, will revolutionize the way we take media from one medium to another. Interestingly enough, the new product -- dubbed TakeTV -- has not been announced yet, but a host of pictures and information has leaked on the Web. TakeTV is expected to hit shelves before the holiday season.

Although quite a bit has been made about the iPhone bricking debacle in the United States, it seems the hackers have already found a way to jailbreak the updated iPhone back to its original state before the new firmware upgrade was applied. Believe it or not, the fix comes at the hands of a TIFF exploit and uses code to jailbreak the device.

Adobe -- a company well known for making high-end desktop software solutions -- has gone on record stating that the future of software is on the Web. According to the company, it is working on bringing its more popular programs to the Internet, but it doesn't expect the solutions to become a reality for another decade.