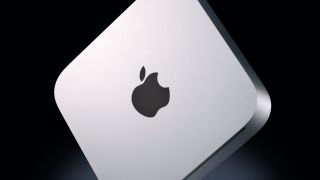 Remember the Mac mini, the downsized computer that saw refreshes for the 2012 launch next to the iPad mini last month?

If you own one and you've run into insurmountable obstacles attempting to download the latest version of OS X Mountain Lion, then the mini is certainly on your mind.

Downloading it with 10.8.2's manual updater doesn't work either, as this message appears after a failed attempt: "Error: OS X Update can't be installed on this disk. This volume does not meet the requirements for this update."

Apparently, the hitch is that the new Mac mini requires a special version of the 10.8.2 update. Apple actually posted one on the App Store, but pulled it last Friday without offering up a replacement.

Cupertino's stayed mum on what's going on, while new reports also point out that the 13-inch MacBook Pro with Retina display and new 21.5-inch iMac can't receive the 10.8.2 update either.

This isn't the first news of an update flap at Apple this week: Apple TV owners are also reporting that their TVs are shutting down after downloading the latest 5.1 software update.

From the looks of it, something rotten is going on with Apple's software systems.