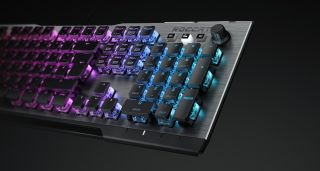 You'll soon be able to control audio and video playback in Chrome using your keyboard's media controls. The Media Session API is already enabled in Chrome for Android, and is now coming to Windows and ChromeOS too.

This means you'll be able to play videos on sites like YouTube or Vimeo much more easily; however, it might be an annoyance if you currently prefer to use your keyboard to operate a separate media player while browsing the web, and find that Chrome now overrides the controls.

As MSPowerUser notes, this means Chrome now has the upper hand on Microsoft Edge, which doesn't yet support the Media Session API, despite it being a native Windows feature.

This isn't the first time Chrome has taken the lead supporting native Windows features, either. Earlier this month we discovered that Google is working on a dark mode for Chrome that will respect your choice of color theme in Windows' settings – something Edge doesn't yet do.

The Media Session API is enabled on Chrome 73 Canary for Windows and ChromeOS. Hopefully we'll see it on Chrome for macOS soon as well.