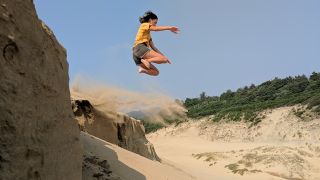 Are you patiently waiting for your Pixel 2 or Pixel 2 XL to be despatched? Or maybe you're still on the fence about whether or not to get one of Google's newest smartphones? Either way, there's a whole load of new images taken on the Pixel 2 ready for you to check out on Google Photos.

Uploaded by a Google employee who was part of the Pixel 2 testing program, the shots show off the way the phone handles a variety of lighting and movement scenarios - and the results look pretty good to us.

You can also see how some of the smart video stabilization features Google has added work in practice, turning juddery and shaky clips into something far smoother and easier on the eye. It looks like the camera is going to be one of the key selling points of the 2017 Pixels, just as it was last year.

Click through the images to see examples of Google's "Motion" feature, which creates mini clips in the style of Apple's Live Photos, and to check out the new software-driven Portrait mode that blurs the background behind your subject - another feature Apple got to first.

Google made much of the capabilities of the new camera unit this year, which is the same in both the smaller 5-inch phone and the bigger 6-inch model - although the resolution stays the same as last year at 12 megapixels, the aperture is lower and optical image stabilization (OIS) has been added to help keep your videos looking as solid as possible.

Google says the OIS and electronic image stabilization (EIS) work together to remove as much shake as possible, and in the very last video in the collection you can see this in action in the same video that Google used on stage at the hardware launch.