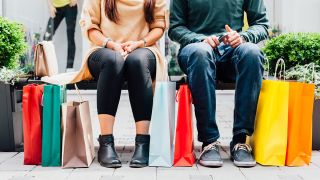 It seems we could see a rush on stores well before Black Friday: shoppers are likely to stockpile food and other goods ahead of Britain's exit from the European Union, according to a survey of managers at logistics and supply chain managers.

According to the survey, commissioned by logistics event manager IMHX, 63% or close to two-thirds of those interviewed expect some kind of rush at the shops.

Brexit is scheduled to happen on October 31, and is almost inevitably going to interfere with the traditional Black Friday, Cyber Monday and Christmas shopping periods if it goes ahead, industry bosses say.

Like everything else to do with Brexit though, the situation is mired in uncertainty: at the moment it's not clear how panic buying and the knock-on effect on warehouse logistics might affect the deals you see when Black Friday rolls around.

Those in the logistics business say that the usual challenges of Black Friday, Cyber Monday and Christmas are going to be exacerbated by Brexit, with potentially more red tape for companies to cut through and fewer seasonal workers for them to call upon.

"The lack of clarity and uncertainty that still plagues Brexit continues to cause angst amongst the logistics industry," says Rob Fisher, event director at IMHX. "A no-deal Brexit could still be a reality on October 31, despite the passing of a bill to make it unlawful."

"If this happens, the logistics and supply chain industry predicts a chaotic outlook  with the public panic buying and stockpiling food and other goods."

Right now we still don't know whether Britain is going to be leaving the EU with or without a deal in place, or what the consequences might be for Black Friday – but we'll keep your posted with all the news as October 31 approaches.