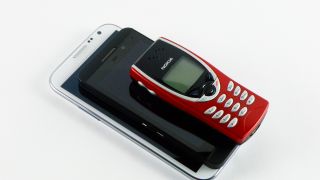 Everything is going to be just phab in the future.  We all love our smartphones but we love our phablets even more.

According to new figures from IDC, the market for smartphones with screen sizes of 5.5 inches to 7+ inches, the so-called phablet, is set to boom – with a compound annual growth rate (CAGR) of 18.1%. In contrast, smaller smartphones are set for a period of decline, with a CAGR of minus 7.4%. Consequently, total smartphone growth will be 3%.

The growth is particularly strong in China – China was responsible for 50% of the phablet sales in 2016, the country is expected to see a CAGR of 12.6%

One of the factors that has driven this growth is the arrival of Apple in a market that had been dominated by Android devices. IDC expects its Plus and X devices to account for 41.2% of its shipment volume in 2017 and 50% or more of Apple's iPhone shipments in 2018.

However, Android still accounts for the bulk of all smartphone sales, racking up 85% of total sales. Despite this high penetration, the market is expected to grow even further, with worldwide volumes of Android devices set to rise from 1.3 billion in 2017 to 1.5 billion in 2021, a five-year CAGR of 3.2%. One of the interesting growth area is in the rise of Chinese OEMs, a phenomenon that has hampered Samsung’s dominance of this area.

"In 2012, phablets were just 1% of smartphone shipments and now they are approaching 50% of the market just a few years later," said Ryan Reith, program vice president with IDC's Worldwide Quarterly Mobile Device Trackers. "Consumers continue to consume more video entertainment, gaming, social media, and other data-heavy applications on their smartphones making the display size and type a critical factor in smartphone buying decisions."