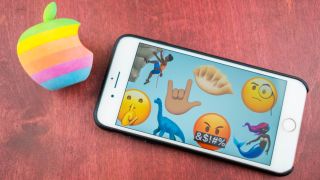 What a bad string of luck for people with broken iPhone screens who thought they were able to fix them on the cheap. Apple's problem-fixing iOS 11.3 update is now disabling some touchscreens replaced by third-party means.

The iPhone 8, in particular, is susceptible to this new iOS 11.3 problem, according to Motherboard, and it's happening whether the screens were fixed by non-Apple repair shops and were a self-repair at home.

While at first it may seem like a bad repair job, there are enough cases that point to the iPhone 8 touchscreen working before iOS 11.3 and suddenly not working at all. These people no longer have a shattered iPhone, but the device is just as useless.

This isn't the first time a software update from Apple has made unofficial repairs malfunction. In 2016, iPhone 6 users with aftermarket home buttons ended up with entirely bricked devices.

Apple has made recent moves to improve its repair policies, such as deciding that iPhone screen replacements wouldn't void warranties early last year (even though that practice would appear to be legally dubious, as the FTC recently reminded everyone). Apple even sent out special iPhone repair machines to third-party repair shops last year.

Customers who need repairs are caught in a kind of limbo with today's actions, as third-party and at-home fixes can often much cheaper than Apple's more expensive repairs.

Anyone with unofficial repairs may want to wait before updating to iOS 11.3. It's possible Apple will remove whatever aspect of the updates is disabling the replacement components in iOS 11.4. It's a remedy Apple has used in the past.