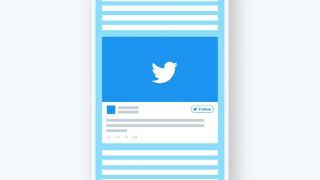 Twitter is testing a new feature that will make it easier to pick out posts from the original poster of a thread.

The feature, which is currently being tested with a "small percentage" of iOS and Android users, means that a gray 'Original Tweeter' tag, will appear below the original poster's username whenever they reply within a thread.

As well as making it easy to see the original tweeter's responses within a thread at a glance, the new feature goes a small way to addressing the issue of fraudulent accounts masquerading as others.

Although Twitter verifies accounts of public interest (such as celebrities, politicians, and journalists) with its famous blue tick, there's nothing to stop users from changing their display name or profile picture and impersonating the original tweeter within a thread.

It seems Twitter is working hard to make its platform a more amicable place. In October 2018, it launched a feature that made reporting tweets that violate the rules a more transparent process, with reported tweets being replaced with the following notice: "This tweet is no longer available because it violated the Twitter Rules."

As well as highlighting tweets that flout the rules, Twitter also hide tweets that you've reported, meaning they won't keep appearing in your feed – instead they're now hidden behind a notice stating "you reported this tweet".

More recently, at CES 2019, Twitter announced plans for an open beta program to let users test new interface features, plus a raft of features that are intended to make conversations 'healthier' and less vitriolic.

If you're using the beta program, you'll notice simple visual changes to your Twitter feed, including different types of indents, different colors to indicate whether you're following a person or replying to a tweet, and the ability to collapse replies to focus on a particular one (like in an email chain).

It's not clear how the new 'Original Tweeter' feature will curb users fraudulently posing as others on the social media platform, aside from making it easier to spot the 'owner' of a particular thread. However, alongside all these other new features currently being tested, Twitter could soon become a friendlier, more healthy place indeed.