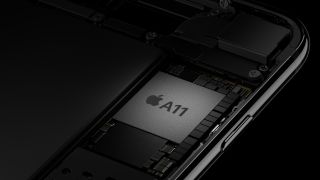 Apple is reportedly deep into plans to replace the Intel processors that it currently places inside its iMac and MacBook computers with chips of its own, according to Bloomberg sources.

The initiative to make this change happen is reportedly known internally as ‘Kalamata’, is in developmental stages. However, generating new processor designs and then fabricating them successfully takes more than a year and a half practically.

According to Bloomberg’s sources, this is part of a larger strategy to make all of Apple’s devices work more seamlessly together and will likely be carried out over multiple phases.

More affirmation of a monumental shift

This news follows previous reports that Apple has been planning to rid itself of reliance on Intel regarding its computers. Even without those previous reports, Apple’s intent to do this has been made quite obvious by previous hardware designs.

Apple is now two generations into integrating its own co-processor for Mac computers, the T1 and the T2. The former being found in the 2016-onward MacBook Pro with Touch Bar, controlling its Touch ID function, and the latter being inside the new iMac Pro, managing its secure enclave and webcam performance.

It’s obvious that Apple, with its gobs of cash on hand, would be interested in spending said cash to eliminate ways in which it is losing cash. Providing Intel with 5% of its annual revenue – by Bloomberg's measure – is revenue Apple would surely much rather keep in its pocket.

Any details as to what these processors may be, e.g. whether ARM-based or x86-based designs, are not known at the moment. However, judging from Apple’s deep, intense experience with ARM processors, we have a solid guess.

Further to that point, Apple's plan to bring iOS apps to Mac has been reportedly given the 'Marzipan' codename internally, and using ARM processors – even co-processors – would sure make that easier.

Of course, both Intel and Apple refused to comment. Here’s to one or two more years of Macs with Intel processors inside – get to collecting, Apple geeks.