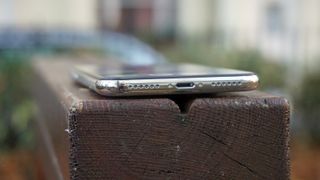 UPDATE: This feature has indeed rolled out ahead of iOS 12 and can be found on iPhones running iOS 11.4.1. Simply navigate to the Touch ID & Passcode section of Settings and look for the toggle switch titled "USB Accessories".

With the roll-out of iOS 11.4, we saw Apple plug up a security loophole in the iPhone Lightning port, but the Cupertino firm has now announced that iOS 12 will take this fix to the extreme.

While Apple has historically been non-compliant when law enforcement has sought capabilities to hack into Apple customers’ devices, in certain instances, police have been able to use third-party hacking tools to exploit a loophole in iPhone Lightning ports.

To combat this, Apple incorporated the USB Restricted Mode, which disables any data transfer via the device’s Lightning port if it hasn’t been unlocked in seven days. After that, the port’s functionality is limited to charging the device, and therefore stops hacking tools from accessing the device’s data.

While the above method introduced in iOS 11.4 does indeed work as intended, with iOS 12, Apple plans to significantly ramp-up the potency of the feature by reducing the unlock window from seven days to just one hour.

When questioned by Reuters, Apple explicitly mentioned the protection of its customers in countries where law enforcement uses the aforementioned hacking tools — many of which have much looser human-rights protections than are present in the US.

I fought the law

“We have the greatest respect for law enforcement, and we don’t design our security improvements to frustrate their efforts to do their jobs,” Apple told Reuters.

While the feature is currently optional and can be turned on or off via Settings in iOS 11.4, it will be made permanent in an upcoming release of iOS 12, which will likely make the feature near-ubiquitous in the coming months.

This move from Apple is just the latest in the ongoing debate between a company that holds the privacy of its users and security of its devices as paramount, and law enforcement that could in some cases use data from these devices as evidence to prosecute serious crimes.