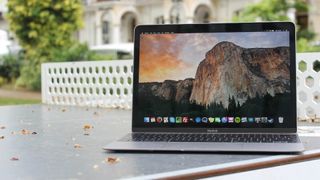 Apple has cut the cost of a number of its own-brand apps, offering up a range of software completely for free.

Slashing the asking price for a number of its most popular Mac and iOS apps, the iPhone maker now won’t charge for the likes of iMovie and Pages.

Other apps moved to the list of free downloads includes GarageBand, Numbers, and Keynote.

While we all love free stuff, this isn’t the super savings for all that it might first seem.

Apple has offered the likes of Pages, iMovie and GarageBand completely for free for some time already for those purchasing a new Mac, iPhone or iPad.

Those who will benefit from the app-based giveaways will be those still rocking machines purchased before August 2013.

If, however, you’ve already downloaded these apps in the past, you won’t be able to recoup their costs which ranged from a couple of quid upwards.

Bringing a little something for everyone, Pages, Numbers, and Keynote tools are Apple’s answer to Microsoft’s globally dominant Word, Excel, and Powerpoint programs.

GarageBand and iMovie will appeal to Apple’s more creative users, letting you easily make music and edit videos while either sat at your computer or on the fly via your portable iDevice.

All the apps are marked up as free in Apple’s Mac and iOS app stores right now.