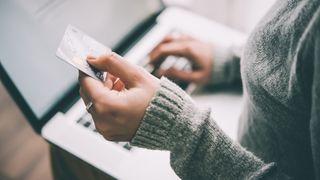 It's that time of year again; Black Friday and Cyber Monday 2019 are fast approaching, and stores like Amazon, Walmart, and Best Buy are already launching their best Black Friday deals  in the run up to the big day on November 29.

So, what's the difference between the two sales events – and most importantly, on which day will you find the best deals?

Black Friday and Cyber Monday: what’s it all about?

It’s based around retailers making such impressive discounts that bargain-crazed customers will try to break the doors down before the shop opens – although recent years have seen Black Friday morph into an online shopping phenomenon.

When are Black Friday and Cyber Monday 2019?

Traditionally, Black Friday is the first Friday immediately after Thanksgiving in the US, when retailers begin the holiday shopping season.

This means that Black Friday 2019 will officially start on November 29.

Cyber Monday is the first Monday following Black Friday, and this year falls on December 2.

The deals have already started flooding in so it's a good idea to bookmark our Cyber Monday deals page (along with our Best Black Friday deals hub), and keep checking back.

The actual date shifts every year, with this year's Black Friday date falling on November 29, 2019. Despite this, retailers seem to start releasing their Black Friday deals earlier and earlier, with some discounts appearing at the beginning of the week, and in some cases, taking up the whole of November.

Cyber Monday, on the other hand always falls on the Monday immediately after Thanksgiving, which means it will take place on December 2, 2019.

As you've probably guessed from the name, Cyber Monday is a purely online affair, The term was coined by Ellen Davis and Scott Silverman of the US National Retail Federation and Shop.org, and it was a deliberate move to promote online shopping back in 2005 when the Internet was in its infancy.

It was intended to help smaller retailers compete with the big names who were harping on about Black Friday, although of course those big names promptly jumped on the Cyber Monday bandwagon, too.

Because of this, it can be hard to discern an actual difference between the two dates; after all, with deals happening all through November, Black Friday and Cyber Monday can feel like one homogenized monster sales event.

That's not completely untrue, either – however, there are a few key differences between Black Friday and Cyber Monday, which are useful to know before you go on your yearly buying frenzy.

What's the difference between Black Friday and Cyber Monday?

Both sales events will have plenty of fantastic tech deals, whether you’re looking for a new laptop or a pair of swish noise-canceling headphones. However, there are some instances where it might be better to wait for December 2 to make your purchases.

For example, if you're more interested in fashion than tech, some online retailers are expected to offer site wide discounts on Cyber Monday, meaning it's well worth waiting.

Cyber Monday is also typically a good time to find deals on small appliances and white goods, so if you're looking for a new microwave, it's a good idea to hold off until then.

Most retailers offer a continuation of their Black Friday deals into Cyber Monday, occasionally dropping prices even further - whether you wait all depends on how much you're willing to risk the item selling out completely.

If you see a fantastic Black Friday deal that ticks all your boxes, we’d recommend going for it – products can sell out in a matter of minutes, and you can usually return the item if you see a better deal on Cyber Monday.

What deals can I expect on Cyber Monday 2019?

While we can’t predict exactly which products will be discounted, we can make a few educated guesses based on last year’s Cyber Monday deals.

Need a new smartphone? Last year we saw some rare iPhone XR deals, and we’re expecting to see discounts on the Samsung Galaxy S9 and S9 Plus this Cyber Monday – after all, they will have been on sale for over a year-and-a-half when December 2 rolls around.

Amazon is always a good place to find Cyber Monday deals, even though it's more focused on its own Prime Day sales these days.

If you're in the US, Walmart and Best Buy go all out over Black Friday and Cyber Monday, while UK buyers should keep an eye on retailers like Currys, Argos, and John Lewis.

How can I prepare for Black Friday and Cyber Monday 2019?

Fail to prepare and prepare to fail; if you want to make the most out of Black Friday and Cyber Monday 2019, it’s important to have an idea of what you want to buy, and where you want to buy it from.

The best way to do this is to make yourself a wishlist; it doesn't have to be retailer-specific – just have an idea of what you're looking to buy this November. For example, do you need a new soundbar to complement your entertainment system? Are you looking for a budget-friendly work laptop?

Most of the big retailers will publish their Black Friday deals from midnight on November 29, so you may want to stay up on Thursday night to ensure you don't miss any of the big discounts.