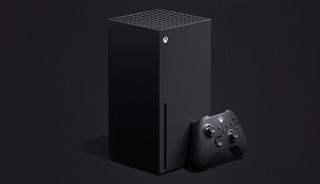 The Xbox Series X will be just one of the consoles in Microsoft's next generation lineup, according to Microsoft.

While we were all pretty excited when Microsoft unveiled the next Xbox (formerly known as Xbox Project Scarlett) at the Game Awards 2019, it appears that the upcoming console's name isn't quite what we thought – and that it will belong to a family of devices.

While we'd assumed that the next-generation console would be called 'Xbox Series X', Microsoft has clarified that, in fact, the family of consoles will be called 'Xbox', and that 'Series X' is just one of the consoles within the family… we know, it's all a bit confusing.

Speaking to Business Insider after the reveal, a Microsoft representative tried to clear up any potential confusion.

"The name we're carrying forward to the next generation is simply Xbox," they told Business Insider. "And at The Game Awards you saw that name come to life through the Xbox Series X. Similar to what fans have seen with previous generations, the name 'Xbox Series X' allows room for additional consoles in the future."

The rebrand is supposed to make things easier by simply keeping all consoles under the 'Xbox' console umbrella, with each console in the family having its own name within that framework.

But what about these other consoles?

This clarification from Microsoft serves to further fuel rumors that another next-generation Xbox console is on the way. Reports have circulated for some time about a lower-cost next-gen Xbox that would sit just below the high-end Xbox Series X.

The most solid information on this (so far) had come from a report by Kotaku’s Jason Schreier, who claims there is indeed a lower-specced console in the works from Microsoft that, which will still be able to play all the next-gen games.

The console, said to be codenamed Project Lockhart, will be disc-less console – a trait that it will carry forward from the Xbox One S All-Digital Edition – but Kotaku's sources believe it will be substantially more powerful than Microsoft’s current disc-less box, and will come with both a solid-state hard drive and a faster CPU than any current game console.

The report goes on to say that Microsoft told developers to shoot for a 1440p resolution and 60 frames-per-second frame rate with Project Lockhart, and 4K/60 with Xbox Series X, and those same developers have likened the performance of the lower-end console to the PS4 Pro.

Microsoft's confirmation that it's leaving room for other consoles within the new Xbox family heavily suggests that Project Lockhart is indeed in the works, although we don't know quite when we'll hear more about it.