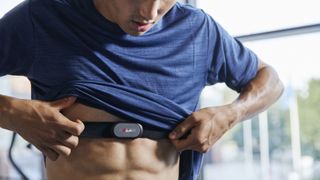 If you’re serious about getting a super accurate heart rate reading while you’re working out then – in general – a wrist-worn monitor won’t cut it, counting out most smartwatches and fitness trackers. What you need is a chest strap, and thanks to the newly announced Polar H9, you won’t have to spend too much to get one.

The Polar H9 is designed as an affordable, entry-level strap that doesn’t compromise on accuracy, making it ideal for casual runners and cyclists, where the flagship Polar H10 might have felt aimed more at serious athletes.

The Polar H9 also supports Bluetooth, ANT+ and 5kHz connectivity, with those last two meaning it can connect to various gym equipment.

Of course, the Polar H9 is also compatible with numerous GPS watches and smartphone apps, including the likes of Nike Run Club, MapMyFitness, and Polar’s own Polar Flow and Polar Beat, the latter of which displays your heart rate in real time and offers live voice guidance.

In all, it sounds like the Polar H9 should slot nicely into the range, alongside the high-end Polar H10, and the mid-range Polar OH1, the latter of which is worn on your arm rather than your chest.