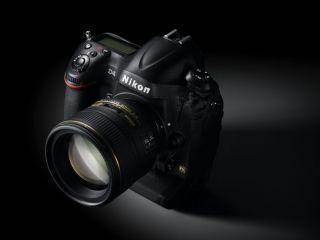 All the hottest camera news this week

So, it's back to work for most people in the UK, and what a week to kick off 2012! The biggest story this week has been the arrival of Nikon's latest pro-camera, the D4. We were lucky enough to spend some time with the new beast, and have a variety of articles for you to read.

But that's not all that happened this week, see below for a round-up of everything new, each with links to the full story.

Next week sees the International CES 2012 show kick off in Las Vegas. We're expecting to see all kinds of camera releases announced at the event, and we'll be there bringing you all the action as and when it happens. Keep your browser firmly locked to the TechRadar Cameras channel so you don't miss a thing.

After months of speculation and rumour, the Nikon D4 was finally unveiled this week. Featuring a 16 million pixel full-frame FX sensor, the camera has over 45 improvements or new features when compared with its predecessor, the D3S. We've put together the following articles you may enjoy:

It's also the first camera to feature the newly announced XQD memory card format, with Sony being the first company to offer the cards.

Not content with unleashing a new pro camera onto the market, Nikon also announced a brand new Nikkor 85mm f/1.8 portrait lens which is likely to be a hit with both professional and amateur photographers.

It was more good news for Nikon as it also announced that the Nikon 1 J1 compact system camera, which has only been on sale for a matter of weeks, has smashed sales figures since the mirrorless market started back in 2008. It's now the second biggest sellers of CSCs in the UK - something that not many people would have predicted.

A new host of Fujifilm compacts were announced this week, including a new set of bridge cameras for its premium compact S series, two new rugged waterproof cameras and a bunch of models in its J, Z and T ranges.

Many expect that Fuji will announce something big during CES, so stay tuned to find out if that happens.

Sadly, it was more bad news for Kodak this week, with things seeming to get worse as the weeks pass on. Earlier in the week, it was warned that it could be removed from the New York Stock Exchange if it didn't improve its fortunes, while reports later on suggested that it may be filing for Chapter 11 bankruptcy.

Keep following for more news on Kodak's future as it emerges.

Finally this week, rumours are rife that a new Olympus compact system camera could be unveiled in February, featuring weatherproof sealing and in-built viewfinder. Check our story to read all the latest gossip.

That's it this week, we're preparing for a hop over the pond to find out all the latest news from CES. Join us here on TechRadar, or don't forget you can follow us on Twitter and Facebook to make sure you don't miss a thing.

Feel free to let us know what you hope will be announced!

Liked this? Then check out Best DSLR: top cameras by price and brand