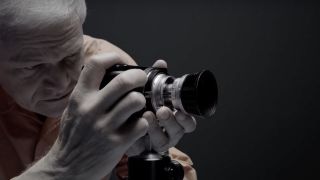 Japanese photography brand Sigma has announced that the Sigma fp, the "world's smallest full-frame mirrorless camera", is now available to buy – and at a price that looks highly competitive.

That price pitches the Sigma fp against full-frame models from established mirrorless brands, such as the Sony Alpha A7 III, as well as relative newcomers like the Nikon Z6 and Canon EOS R.

The camera has a 24.6MP BSI-CMOS sensor with a traditional Bayer filter, and boasts impressive video specs – it's able to record 12-bit CinemaDNG RAW video at 4K/24p to an external recorder via its USB 3.1 port.

The Sigma fp uses the L-mount, and so is compatible with lenses from Sigma and its L-Mount Alliance partners Leica and Panasonic.

Sigma has adopted a modular system for the fp, with users able to add features such as a hot shoe, viewfinder and a bigger handgrip to suit their shooting style and optimize the camera for stills or video.

Sigma hasn't announced the price of the nine optional accessories that are available, but it's worth keeping the potential extra outlay in mind if you're weighing up buying the fp.

The Sigma fp is the company's first camera since the SD Quattro H back in 2017, and it's notable for making use of a traditional Bayer filter rather than Sigma's own Foveon sensor technology, although reports have suggested that the company is still planning to release a Foveon-sensor L-mount version of the camera in 2020.