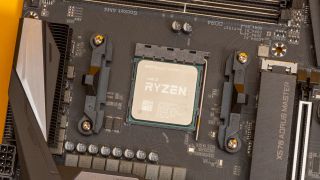 Apple has turned things around with its latest iPhone in terms of sales, but while that’s great news for Tim Cook and company, it might be bad news for AMD, with more pressure being exerted on 7nm supplies at chip maker TSMC.

Those are supplies that AMD uses for its latest-gen Ryzen 3000 processors and Navi graphics cards, and we’ve already previously heard that demand is such, that TSMC tripled its production lead time on 7nm orders to six months.

As we reported yesterday, the Nikkei Asian Review claims Apple has told its suppliers that demand for the new iPhone 11 models is such that the company wants production increased by 10%.

That translates into 8 million more iPhone 11 and iPhone 11 Pro models (apparently the iPhone 11 Pro Max isn’t as popular) which are powered by Apple’s A13 Bionic hexa-core chip, and that SoC is, you guessed it, built on 7nm and manufactured by TSMC.

Thus Apple’s success, with Tim Cook previously noting that iPhone 11 sales have got off to a “very strong start”, could be to the detriment of AMD’s latest 7nm processors and graphics cards.

Because this is obviously extra strain on TSMC, casting additional doubt on production capacity following the aforementioned tripling of production lead time.

Indeed, as Tom’s Hardware observes, according to DigiTimes – the source of the lead time tripling rumor – TSMC has advised its customers to get their orders in for the whole of 2020 already.

Smooth sailing – at least for now?

Being a big customer of TSMC, with both Ryzen 3rd-gen and Navi products, you would hope we wouldn’t see any real effect on AMD’s newest processors or graphics cards in the nearer-term, as it should have cast-iron contracts to ensure things run smoothly for now.

Or at least smoothly enough, although on the CPU side of the equation for AMD, there have already been stock issues with the likes of the Ryzen 9 3900X, and the delay of the incoming flagship Ryzen 9 3950X which is seemingly tied up in production issues too.

So all in all, there are some fairly worrying doubts floating around currently, and indeed Nvidia could potentially be affected here, too, given that its next-gen graphics cards are moving to a 7nm process.

And Nvidia will be using TSMC to make those GPUs, at least in part, with Samsung also set to be involved in their manufacturing going by what Nvidia said earlier this year.

So longer-term, there could be some broad repercussions for the supply levels of various PC components. That said, TSMC is (unsurprisingly) making a move to expand its 7nm capacity – although whether the chip manufacturer can move fast enough to meet the seemingly swiftly increasing demand is another question.