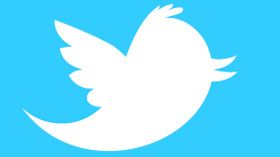 I was on a late bus the other night when one of Glasgow's finest tried to pick fights with various passengers, the bus driver and various bits of the bus.

He was drunk, of course, ridiculously so, and he was shouting abuse that was variously racist, homophobic and incomprehensible.

If he hadn't got fed up with headbutting the driver's door and fallen backwards out of the bus I'm sure he'd have been driven to the cop shop, cautioned and maybe fined.

But if he'd been that drunk at home and went on to Twitter, he might have been jailed.

I'm no friend of racists, but the sentencing of Liam Stacy worries me. Stacy, as I'm sure you know, trolled Twitter users over Fabrice Muamba, posting vile racist crap when they responded, and as a result he's been sentenced to two months in prison.

I'm not suggesting for one moment that what he did was acceptable - but two months in prison? For tweeting?

Compare his case to that of Joshua Cryer, another vile little man with an internet connection. Cryer wasn't just drunk and trying to wind people up: he deliberately tried to provoke Stan Collymore with racist messages over a period of several days. Cryer's sentence was suspended, on the grounds that having a criminal record would be punishment enough.

There's a famous maxim that you shouldn't read the bottom half of the internet, because that's where the trolls live. The problem is that these days, the trolls aren't happy to stay under their bridges until you trip-trap over the top of them. Thanks to social networks, and particularly Twitter, the trolls can come into your home.

It's like... the night of the bus idiot, I was coming home from a Gerry Sadowitz gig. Sadowitz is famously unpleasant, and a good half of the gig was exceptionally uncomfortable to sit through, but he's shouting about his targets, not at them. I'd defend his right to do that, but I wouldn't defend his right to go round his targets' houses and bellow the same things to their faces.

What concerns me about some of these verdicts, however, is that the wrong book is being thrown at the wrong people. As someone on Twitter posted the other day, "Post a racially abusive comment on twitter and go to prison. Kill a cyclist...? You've got your freedom with a little community service."

I went looking into recent news stories and he's absolutely right: Liam Stacy's sentence is more severe than the sentences given to actual killers.

As I said earlier, I'm no friend of racists.

But neither do I think chucking some stupid little man into prison for two months is the right way to crack down on trolls, especially when the really serious abuse - not just the racist abuse, but also the misogynist abuse and the homophobic abuse that pollutes so much of the internet - so often appears to go unpunished.