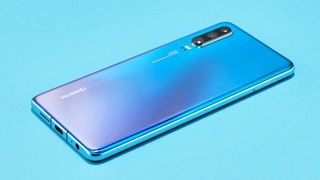 The Huawei P40 could have a very different design to the P30, above (Image credit: TechRadar)

It always seemed likely that the Huawei P40 would be announced in March 2020, given that the last two generations of Huawei's P-series flagship had March announcements. And now it's been confirmed, with none other than Richard Yu, Huawei’s consumer division CEO, saying as much.

The comment was made to French tech website Frandroid and other French media outlets during an interview in China, with Yu apparently saying the phone would be announced at an event in Paris at the end of March.

While he didn’t give an exact date, he did share some other details, apparently adding that the Huawei P40 will have a “never seen” design, suggesting that it won’t just be a new look for the range, but also different to any other smartphone.

Yes to Android, no to Google

The P40 – and presumably also the Huawei P40 Pro – will apparently also offer improved performance and photo quality, although that’s to be expected.

The Huawei P40 will apparently run Android 10, overlaid with Huawei’s EMUI interface – that’s as opposed to it running Huawei’s new HarmonyOS, but unless the Huawei ban is overturned the new phone won’t have access to the Google Play Store or other Google services and apps.

That will hurt the P40's international appeal, and indeed it’s not clear which regions will actually get the phone. But given that it’s being announced in Paris, and these comments were made to the French press, it seems likely that France and some other parts of Europe will get it; the US on the other hand almost certainly won’t.

That said, a previous rumor pointed to a global launch, so the Huawei P40 might well launch in much of the world – we'll have a clearer idea in March.