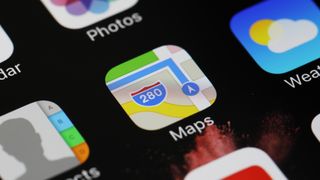 Apple still hasn't given up on Apple Maps. For a long while, Apple Maps was terrible, but the latest update could bring it more up to speed with Google Maps. The map visuals are getting a major overhaul, and Apple is adding more data and increasing accuracy, according to its press release.

The changes are rolling out first in certain parts of the US, available immediately, but will also be heading to Europe in the months ahead. Users who update will see a visually improved map across the United States straight away.

The biggest improvement you'll see is how much more detail is showing up on the map. Before, you'd get roads, highways and businesses displayed, but now, you'll be seeing individual buidlings, including residences, as well as different land types to help you more easily see parks, airports, malls and more. You'll get even more real-time transit data, too, as Apple has just added data for Miami.

Given these upgrades mostly serve to bring Apple Maps' features in line with what's on offer from Google Maps, they feel like necessary upgrades more than exciting new features.

But, Apple has put a particular emphasis on privacy with the latest update to Apple Maps. Apple points out that Apple Maps "is not connected to an Apple ID in any way." Some special processing, like suggested departure times, are also performed directly on the device instead of communicating with a remote server.

Going further, Apple points out that random identifiers are used when you enter search terms, get navigation routing or check traffic information, and that those identifiers are continually reset. Apple Maps' privacy policies limit stored location information, not retaining "a history of what has been searched or where a user has been."

So, while the update likens Apple Maps to Google Maps in some good ways, Apple has tried to point out that privacy makes it different.