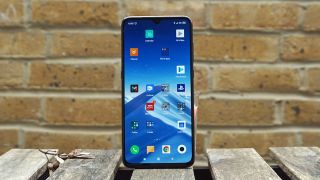 You've seen the leaks, you've read the specs, and now we know exactly when the Xiaomi Mi 10 phone is going to be unveiled to the world – Thursday February 13, as per a post on social media by Xiaomi itself.

Considering how much we liked the Xiaomi Mi 9 and its variants, we're very much looking forward to seeing what Xiaomi has done with the Mi 10: it looks as though this might be one of the most powerful phones of early 2020.

Not that it won't have some strong competition though – Samsung is holding its own event on February 11, during which we're expecting to see the Galaxy S20 and the Galaxy Z Flip phones announced.

Xiaomi usually likes to hold traditional press events with an audience when it's launching its new hardware, but the coronavirus outbreak looks to have put that out of the question. The February 13 show will be livestreamed instead.

We've heard about the specs of the Xiaomi Mi 10 and a possible Pro model ahead of time: both phones are set to boast 6.5-inch OLED displays running at a 90Hz refresh rate, so they certainly count as high-end as far as the screens go.

Inside we're expecting the Snapdragon 865 chipset to make one of its first appearances this year, while configuration options are likely to include up to 12GB of RAM and up to 256GB of internal storage space. A 5G option is also a distinct possibility.

As far as cameras go, it looks as though the same 108MP camera that featured in the Xiaomi Mi Note 10 is going to make another appearance, as part of a four-camera array on the back of these handsets.