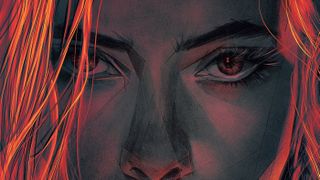 Marvel has started revealing more about its Phase 4 projects, showing off new images of The Falcon and The Winter Soldier, as well as first footage of The Eternals and more of Black Widow at CCXP this past weekend.

As ever with Marvel Studios, a lot of this stuff was exclusive to people in the room at the São Paulo comic con, but some bits and pieces have been released publicly.

For Disney Plus series The Falcon and the Winter Soldier, studio head Kevin Feige took to the stage to release a few new photos of the characters. That show is currently filming in New Orleans, and it's about Sam Wilson (Anthony Mackie) and his journey to becoming Captain America following the events of Avengers Endgame.

They don't reveal a lot, but the show will mark the return of villain Helmut Zemo (Daniel Bruhl), last seen in Captain America: Civil War.

Marvel has revealed three stills of 'THE FALCON AND THE WINTER SOLDIER'! The series will premiere on #DisneyPlus Fall 2020! #CCXP #CCXP2019 pic.twitter.com/1SWqcZuzmIDecember 8, 2019

There was a brief look at fellow Disney Plus show Wandavision, which is filming right now and is due to be released in early 2021. It reinforces the '50s sitcom look of the show we'd previously seen teased back at San Diego Comic Con:

Here’s the first official on-screen look at Elizabeth Olsen and @Paul_Bettany in the #WandaVision series! pic.twitter.com/Y7WTBPfnT9December 7, 2019

Feige also unveiled raw footage of The Eternals, which stars Angelina Jolie and Richard Madden. That movie will be released in November 2020, but the footage unveiled will be exclusive to CCXP for the time being.

According to Deadline, it showed the ensemble cast of The Eternals – an immortal alien race in the Marvel universe – around the world living their separate lives. Salma Hayek, playing Ajak in the film, ends the footage with the line: "This world has changed us. We must protect it." Feige says it'll 'redefine' the MCU, but it's the hardest one to get excited about without seeing the footage in action.

Black Widow also had a presence at CCXP, following its trailer reveal last week. An expanded version of the 'family reunion' scene from the trailer was shown to the crowd, along with David Harbour's Red Guardian squeezing back into his superhero costume.

There's a striking new Black Widow poster, too, which Marvel did release on Twitter, unlike the footage itself:

Check out the exclusive #CCXP poster for Marvel Studios' #BlackWidow! See it in theaters May 1, 2020! pic.twitter.com/6Ni2dxjiLTDecember 7, 2019