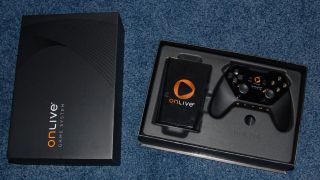 GamesBrief's Nicholas Lovell has suggested that streaming gaming service OnLive is a "red herring that won't be around in five year's time."

Lovell, an influential figure in UK gaming, compared OnLive to satellite giant Sky, but struggled to come up with the gaming equivalent to Premiership football.

"I think [OnLive] are red herrings and I don't think they will be around in five year's time," Lovell told a Westminster eForum event.

"I think what they are trying to do is take the big many gigabyte games which exist for many reasons, one of which was that they are easy to distribute on shiny disc, and take that model to the digital world.

"I think what the internet has enabled is for people who love what we do to spend tens or hundreds or thousands of dollars, and that allows niches to survive and make a bucket load of money, whereas OnLive takes the old way, the way it's always been, but makes it slightly more digital.

Lovell believes that only a huge exclusive would lift OnLive's chances.

"Onlive feels to me like Murdoch building BSkyB in the old days and lots of people saying it wouldn't work – and I'm the one saying [OnLive] wouldn't work.

"Murdoch solved that problem by buying football and owning football so you had to have Sky to watch it.

"I really struggle to see what OnLive could buy that is the equivalent of football…the only thing is Warcraft and the idea that Activision would let OnLive have World of Warcraft exclusively – which is what you would need to do…would cost so much more than you would have to pay for something like the Premiership.

"So I'm not convinced it's going to happen, and either I'll be right or spectacularly wrong – it's pretty binary."

Others in the industry were more welcoming of OnLive, with EA's Keith Ramsdale stating: "From my perspective it's another opportunity and another platform.

"We support it at EA, that's public, and the proof of the pudding is in the eating.

"As with every device or format you have to prove the audience comes. If it does it has legs and that's the next step to prove it out."