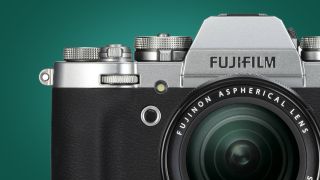 It looks like we could be treated to the Fujifilm X-T4, the company's exciting all-rounder mirrorless camera, a little sooner than expected.

Fuji Rumors, which has been historically reliable with its speculation and leaks, is confident the camera will be announced on February 26. Until now, the rumors had pointed at a March release date, so this is good news for anyone who's been itching to splash out on the successor to the already excellent Fujifilm X-T3.

If this launch date is correct, it'll mean the X-T4 will arrive just three weeks after Fujifilm announced the X100V, a camera which comes from the same retro-flavored family but is a smaller compact with a fixed 35mm lens.

The Fujifilm X-T4, meanwhile, is rumored to be building on the X-T3's strong foundation with new features like in-body image stabilization (IBIS) and a new, larger capacity battery to help it compete with rivals like the Sony A6600.

Other possible upgrades include a new EVF and the ability to shoot 6K/60p video, although it seems likely that these improvements will also result in a slightly larger body size than the X-T3.

The only downside to this month of big camera launches is that Fujifilm might convince X Series fans to splash out on both an X-T4 and X100F, two cameras which would complement each other very nicely, but could get pretty costly.

That said, the competition in the mirrorless camera space has never been hotter, with excellent options including the Sony A6600, Nikon Z50 and Olympus E-M5 Mark III all arriving recently.

This is perhaps why Fujifilm is launching the X-T4 so soon after the X-T3, which arrived as recently as September 2018. As we've speculated previously, it's possible that Fujifilm could keep the X-T3 on sale as a smaller, more affordable alternative to the X-T4, if rumored features like IBIS prove to be correct. It looks like we'll find out for sure on February 26, a date that will now be in all camera fans' calendars.