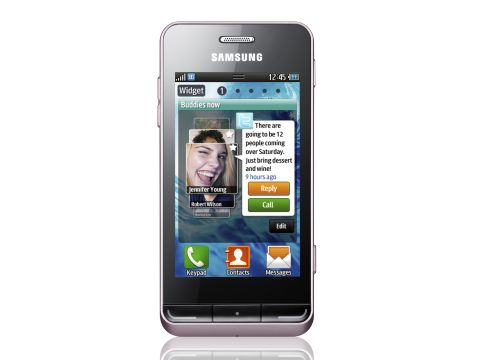 The Samsung Wave 723 needs a considerably expanded app store if it is to be a success.

With the Samsung Wave 723 we see a reprise of Samsung's proprietary Bada operating system. Coming up with your own OS is a brave move in these days when Android and the iPhone dominate. But like these two OSes, Samsung hopes to make hay with its OS and, not least, offer its own app store.

Mind you, with the first Bada handset having appeared last August in the shape of the original Samsung Wave, the company isn't exactly rushing Bada out the door.

Indeed, between then and now we've seen other Samsung handsets such as the Android-rocking Galaxy Europa i5500 and Samsung Galaxy S, the Windows Phone 7 Omnia 7 as well as the Android-based tablet, the Galaxy Tab and PMP the Galaxy Player 50. So, Samsung wants its finger in lots of pies, then.

The Samsung Wave 723 isn't intended to be a top-end handset. It's a fairly small mobile, aimed more at the middle of the road. SIM-free, it costs around £200. That's a crowded area of the phone market with plenty of smartphones hovering around this price. The Samsung Wave 723 will have to be good to compete.

There's a tiny lip on the bottom edge that looks in photos to be faintly reminiscent of the HTC Hero, though actually it's barely present at all and looks more pronounced in photos than it really is.

The metal backplate helps the build feel solid and tough, and should help the phone withstand drops to the floor. The remainder of the body is plastic, with a characteristic shiny finish to the front fascia.

There is a nice build touch in the fact that the top-mounted micro-USB charge and PC connect port has a sliding cover, and another in the thin metal frame to the top-mounted 3.5mm headset slot. On the right side, lozenge shaped on/off and camera buttons are comfy under the fingers, as is the volume rocker on the left side.

On the front, three buttons sit beneath the screen. There are no surprises that these buttons provide call, end and menu functions.

Samsung provides a flip cover for the Wave 723. Essentially just a solid screen protector, you fit this by removing the bottom back section of the chassis and clipping the screen back into its place.

The cover can then be flicked on and off the screen. It's pretty effective, and a style of screen cover we've seen before from Samsung.

In terms of specification, there's nothing really thrilling about the Samsung Wave 723 though anyone quickly glancing through the list will be happy to see Wi-Fi, HSDPA and GPS all present and correct.