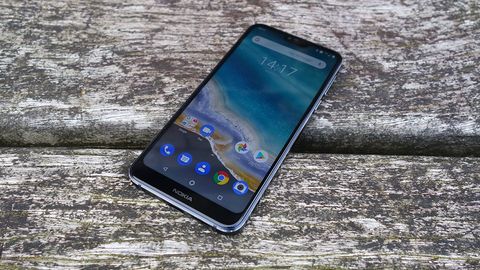 With the Nokia 7.1, the brand continues its run of impressive mid-range phones carrying close-to-stock Android. While the phone has weaknesses, overall it offers better quality and features than you would expect at this price.

UPDATE: Nokia 7.1 now runs the latest Android 9 Pie operating system. The following review has been updated to reflect this development.

Since being rebooted under the watchful eye of HMD Global, the Nokia brand has been attached to some very solid, value-for-money handsets – think decent specs at a decent price, and a clean, stock version of Android to boot.

With the Nokia 7.1, this rather appealing mid-range excellence is being pushed even further. But just how good can a phone at a mid-range price be? Actually rather good, the Nokia 7.1 whispers, with its attractive design, competent specs, and impressive camera.

Not everyone wants to shell out four figures (or close to it) for a smartphone, of course, and these days you can get some rather capable phones for some rather appealing prices, with the Nokia 7.1 being one such handset.

As for where this slots in to Nokia's increasingly complicated range, it's newer but cheaper than the Nokia 7 Plus. This is effectively Nokia's new champion mid-ranger, with only the Nokia 7 Plus and the Nokia 8 models (such as the Nokia 8 Sirocco) above it in terms of power and prestige.

Even for a phone that's unashamedly mid-range, that's a low price – it's veering not far from budget territory. When you think that Apple's newest iPhone XS phones start the bidding at £999/$999, you're talking about a big price gap between the very top-end flagships of 2018 and what we have here with the Nokia 7.1.

Your choice of colors depends on your market – midnight blue (like our review model) is available everywhere, with some regions (including the US, Australia and Middle East) stocking a gray silver option as well.

What you really need to know about this phone is that it punches above its weight – it's weight being that price tag, the so-so Snapdragon 636 chipset inside, and the just-enough 3GB or 4GB of RAM. You get 32GB or 64GB of internal storage, though you can expand that with a memory card. These options vary by region.

Where it goes beyond what you would expect from a mid-range phone is in the quality of its build, the quality of the display, and the quality of the camera. We're going to discuss all of these features in more detail in the review that follows, but they're the areas that the Nokia 7.1 stands out in.

The HDR10 support on the display is worth noting, as it means superior contrast and a broader range of colors on the apps that support it (which include Netflix and Amazon Prime Video).

On the camera side, a dual-lens rear camera is matched with a single-lens front-facing one, and the brand continues its #bothie push – that is, taking snaps that include shots from both the front and rear camera simultaneously. It's yet to turn into a craze, but if it does become popular, the Nokia 7.1 has you covered.

Speaking of reasons why you'll maybe want to pick this phone up, it's also important to note that this is an Android One phone – that means stock Android, free from pointless tweaks and unwanted bloatware, and with a guarantee of speedy updates in the future.

You get two years of Android updates and three years of security patches guaranteed with an Android One phone.

While our unit was running Android 8 Oreo at the time of this review, the Android 9 Pie update is now available for the device, as indeed it should be on an Android One handset.

The Nokia 7.1 probably won't win any design awards or any benchmark tests, but maybe your next smartphone doesn't have to. What we do get here is a winning combination of price, power, specs and features – this is what a mid-range phone should be.

Not everything is perfect about the Nokia 7.1 though. The battery life disappoints, and the specs that we mentioned earlier mean the handset doesn't exactly race through tasks like switching between apps or running the latest games. There's no waterproofing here, and no wireless charging, to help keep costs down.

Most phones are made up of some compromises though, and the Nokia 7.1 gets most of them right.

The Nokia 7.1 doesn't ooze the premium quality of something like the iPhone XS, but we're a fan of the design nonetheless. It takes the now-standard glass sandwich approach, with aluminum edges around the sides, and a 5.84-inch, 19:9 aspect ratio display – the 1,080 x 2,280 resolution gives you a very respectable 432 pixels-per-inch.

There's a notch here, which is relatively chunky, and a bottom chin that's rather thick and makes this very obviously a mid-range handset.

It didn't offend our eyes too much though – overall it's a good-looking phone front and back, though we wish phone makers would prioritize rear cameras without a bump again. It scores points for its nicely chamfered edges, without an angled corner in sight.

Take a look at the slightly more expensive Nokia 7 Plus and the Nokia 7.1 obviously loses, without the extra metal accents and the soft matte backing, but every part of this phone is about the balance between price and quality – and it's a balance that the Nokia 7.1 gets right much more often than not.

We found the LCD display bright, sharp and perfectly good for watching movies or checking through emails (that 19:9 aspect ratio really gives you a lot of scrolling room). Colors are vibrant and clean, and you could be fooled into thinking this is a display from a much more expensive phone.

In use the screen is punchy and appealing, though this being an LCD display, it can be difficult to view in bright sunlight (that's an issue other LCD screens struggle with too, of course). Overall, from web pages to photos, it really impresses, even more than the appearance of the phone as a whole.

As far as the rest of the design goes, we're less sure about the volume buttons above the power button (a Nokia staple), or about them being so high on the right-hand side – it makes it hard to adjust the volume in portrait mode.

We did find ourselves getting more used to the layout as the week went on, so no doubt it's something it's possible to get adjusted to eventually.

You don't get anything fancy like an in-screen fingerprint scanner – the fingerprint scanner is around the back, as usual. With a thickness of 8mm it's also slightly chunkier than some of the best phones around, though you're not really going to notice the difference.