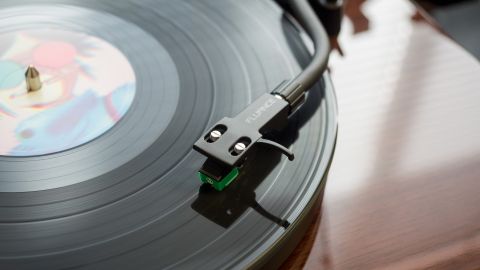 The Fluance RT81 is the best starter turntable you can buy. Its gorgeous design and convenient features takes the headaches and stress out of setting up a turntable for the first time and, while audiophiles won’t be impressed, most people will enjoy the RT81’s mix of features, design and price.

Getting your first turntable can be stressful, especially since there are so many options on the market. You can get a cheap record player that sounds just average and doesn’t have any adjustability but you risk damaging your expensive record collection in the long run. Or, conversely, you could opt for an entry-level audiophile turntable but doing so may mean missing out on convenient features like auto start/stop.

In between the ultra-low end and entry-level audiophile turntables sits the Fluance RT81. This turntable manages to blend easy setup, sound quality, headroom to grow and features. And now that you can get the Fluance RT81for $250 (£250, about AU$310), it makes the perfect first turntable for most people.

The design of the Fluance RT81 is classic and understated. The plinth is made of MDF but is finished in a high-gloss walnut finish that gleams. The use of walnut gives the RT81 a retro look and feel while still being modern.

The turntable is belt driven but you don’t have to reposition it every time you need to change speeds like with the Pro-Ject Debut Carbon. Instead, there’s a metal knob that you can flick to either 33 ⅓ or 45 RPM. That’s a great feature that makes playing records more convenient.

Speaking of the tonearm, it’s made entirely of plastic and its bearings aren’t silky smooth as higher-end turntables. This means the Fluance RT81 is only average when it comes to tracking. The tonearm lets users adjust the tracking force and anti-skate, but there’s no way to adjust vertical tracking angle like with the Audio Technica AT-LP120-USB.

The platter is made of aluminum and topped with a rubberized mat, which is prone to attracting static, which is annoying. It’s not a deal breaker though, as you can pick up a Zero Stat anti-static gun to get rid of static from time to time.

Around the back of the turntable you’ll find RCA outputs along with a grounding post. There’s also a power port for the tiny wall-wart power supply included. There are also a couple of switches; one toggles on the start/stop feature and the other toggles the built-in phono preamp. This means you don’t need to buy a preamp to start playing records, but you have the option to add nicer sounding phono preamp down the line.

In terms of sound quality, the Fluance RT81 is quite good. There’s a nice amount of detail and the plastic tonearm does a reasonably good job of tracking records. The included Audio Technica AT95E won’t blow audiophiles away but it’s a great beginner cartridge that has a replaceable needle that is very affordable. Since the RT81 takes standard headshells, you can swap cartridges easily if you want to experiment, which is a nice touch.

The built-in phono preamp actually sounds quite good, and you’ll have to spend the cost of the turntable for a phono preamp that sounds better. We tried hooking the RT81 up to our Musical Fidelity V-LPS and the sound quality was close with a slight edge to the V-LPS for its better soundstage, dynamic range and slightly lower noise-floor.

We were impressed by the Fluance RT81’s good isolation from footfalls and other vibrations. Although the turntable platter is relatively light, the RT81 does a good job of cancelling out external vibrations from speakers, which is nice if you have your turntable and speakers on the same platform.

While most people will find the sound of the Fluance RT81 to be quite good, audiophiles will nitpick about the detail retrieval, dynamic range and slightly inconsistent speed. What we mean is that the Fluance sounds like it's hunting and pecking to keep a perfect speed, which is especially noticeable in classical music where a single note is sustained for extended periods.

All that said, the Fluance RT81 is an incredible value and is the perfect record player for vinyl newbies. It sounds good, looks great, and has convenient features that’ll keep you playing records instead of fiddling with settings. For more advanced listeners, the RT81 is still a great choice as it gives users the ability to upgrade to a better cartridge and phono preamp in the future.

In terms of competition, the Audio Technica AT-LP120-USB has more features like USB recording but is more complicated to set up and doesn’t include auto start/stop. The Denon DP-300F is a great alternative to the Fluance and is even more convenient with push button start/stop, but the RT81 sounds better.

If you’re an audiophile looking for something that’ll scale up with high-end gear down the line, there's always the Pro-Ject Debut Carbon ... but you’ll have to shell out $400 (£349, AU$550). If you just want a turntable that just works, looks good, and can be upgraded later, the Fluance RT81 is the turntable for you.