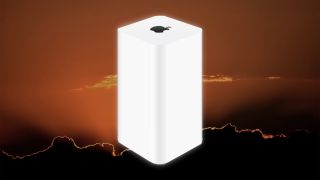 It appears Apple is moving away from the wireless router biz, as the company reportedly disbanded its AirPort division and redistributed the team to different projects.

Apple had been scaling back its wireless router division over the past year, putting the displaced engineers to work in other areas like Apple TV, Bloomberg reports.

What does this mean for AirPort owners? Not much at this point, besides shelving any hopes of a new model of AirPort - of which there hasn't been one since 2013, so those dreams have been dashed for a while.

More importantly, those accustomed to the Apple hardware ecosystem may need to consider an alternative for their wireless router, similar to when the company announced it would stop making its own standalone displays.

We contacted Apple to learn if there could be issues for AirPort owners going forward, provided if the company officially drops support for the product. We will update this story if any details develop.

Those lamenting the lack of a stylish "smart" router need not fear, so long as they don't mind switching over to Google. Google WiFi - the company's cheaper, easy-to-use take on its OnHub router - is expected to release December 6.