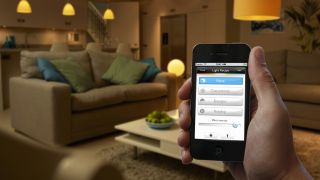 What will be the big trends for the new year?

Some predictions are easy.

In 2013 Facebook will do annoying things, people will get into trouble for posting rude messages on Twitter and it won't be the year of desktop Linux.

But what about the more interesting issues?

Seismic shifts are happening in technology as we move to mobile, always-on devices that stream stuff instead of storing it - and that's causing massive disruption to some of tech's biggest players.

Here's what we see in our crystal ball.

Microsoft's business remains enormous, but it's under pressure: tablet and smartphone sales are booming as more and more computing is done on mobile devices, and the PC market is saturated.

So far at least Microsoft's efforts in new sectors haven't been huge successes: Bing is costing a fortune and remains a distant second to Google in search, Windows Phone trails not just Android and iOS but even the ailing BlackBerry, Facebook doesn't think Windows RT is important enough to justify a dedicated Facebook app and if Microsoft was selling stacks of Surfaces, it would be shouting the numbers from the rooftops. It isn't.

Windows RT, Windows Phone, Surface and Bing are all long bets, of course, but in 2013 we'll see if they're going to pay off.

Steve Jobs said that his greatest invention wasn't a product, but Apple itself - and in 2013 we'll see if his confidence was justified.

After a few wobbles in 2012, including the Maps debacle and the subsequent departure of iOS chief Scott Forstall, Apple has changed the way it does things.

Jonathan Ive has inherited Jobs' role as the man who says yes or no for both hardware and software, and all he needs to do in 2013 is ensure that iOS 7, OS X 10.9, the iPhone 6, iPad mini 2 and iPad 5, and possibly the new Apple TV, are the greatest products the universe has ever seen. So no pressure there, then.

We've reached Peak Text: in many countries, the volume of SMS messages being sent is slowing or starting to decline.

Instead, people are using 'over the top' (OTT) systems such as WhatsApp, iMessage, Skype and Facebook messaging.

These systems can use SMS to send messages but they aren't limited to it, so you can use them to communicate over broadband and Wi-Fi as well as traditional mobile connections.

Expect WhatsApp to be a very big deal next year.

At the time of writing, the first four seasons of Breaking Bad are £44.99 on DVD - or you could stream five seasons as part of a £5.99-per-month Netflix subscription. Netflix, Spotify, Xbox Music, LoveFilm Instant and many, many more offerings are cheaper and more convenient than discs, especially now that fast broadband is generally available indoors and out.

Why pay more for things that you then have to store?

It's make or break for the BlackBerry platform next year: market share is in freefall in both the consumer and the business sectors, and the platform's would-be saviour, the brand new BlackBerry 10 OS, didn't ship in 2012 as originally planned.

It's due in January now, and while we like it a lot, BlackBerry now has to tempt people away from Apple, Android and Windows Phone.

That won't be easy, and if it doesn't happen then RIM is toast.

6. 4G everywhere, not just Everything Everywhere

Forget Everything Everywhere's risibly named 4GEE and its comedy bandwidth allowances: in the UK, the real 4G action will take place in 2013, with all of the operators getting in on the speedy broadband act.

That means we'll see more devices, rapidly improving coverage, and, most importantly of all, competition between operators.

7. The battle for your front room

The Wii U's already out, and we should see both the Xbox 720 and PlayStation 4 in 2013 - and these days there's much more to consoles than gaming, as they want to be the devices you use to listen to music, watch videos and communicate on social networks.