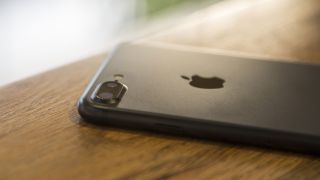 Apple announced iOS 11, the latest version of its mobile operating system, at WWDC 2017 and it’s bringing a host of new features to current iPhones and iPads.

It’s not just the current crop of devices that will be in line for some iOS 11 loving though, with its Fall release expected to coincide with the launch of the much rumored iPhone 8 (and iPhone 7S and 7S Plus).

So what nuggets of information can we get on Apple’s currently unannounced new iPhones from the tasty tidbits of iOS 11 news we witnessed? We’ve been through all the launch information to highlight some points we think give us an insight into the iPhone 8.

An even smarter iPhone

A common theme Apple kept mentioning during its WWDC 2017 keynote was machine learning – and with iOS 11 you’ll find Siri is going to be even smarter.

Expect the iPhone 8 to be even more contextually aware of your surroundings and what you’re doing – from pushing you reminders of upcoming meetings to suggesting apps depending on the time of day, location and your habits.

We envisage a phone that takes care of the more medial tasks day-to-day, freeing you up to get on with living your life.

This points towards a more powerful camera on the iPhone 8, as larger image file sizes won’t be an issue if the new HEIF format can store them at half the size of JPEG.

There's still much to learn about HEIF, with Apple revealing little about how it works, or what it will be compatible with. So we'll be looking closely as more information is revealed on what it can mean for the future of Apple cameras.

A big focus on video

It’s not just images getting some compression love, with iOS 11 also bringing 2x better compression to video as well. As a result, we expect the camera (or cameras) on the back of the iPhone 8 to boast improved video recording.

We saw a demo of AR on a new iPad Pro 2 and VR on the new iMac - and there was even a quick clip of improved AR in the Pokemon Go app running on an iPhone.

A slightly better effect of a Pokeball bouncing down your garden path probably isn't the big pull Apple is after though, and the iPhone 8 could well feature dedicated AR and VR experiences.

There's even the outside chance that Apple takes a leaf out of Samsung's book and builds its own Gear VR style headset to slot the iPhone 8 into. We can but dream, right? More likely are the rumors that a pair of Apple AR glasses are in the works, given the focus on augmented reality last night.

This one may be a little bit of a stretch, but hear us out. Apple showed off its updated Photos app for iOS 11, and one feature within it is Memories.

Memories automatically identifies groups of images, be it of your dog, family, a group of friends, a holiday or an anniversary, and curates a mini video for you to enjoy and reflect on past glories.

What has this got to do with screen size though? Well, Memories knows the orientation of the iPhone, and will adapt the video it curates to suit either landscape or portrait playback.

The ability to alter playback on the fly to suit different aspect ratios could well be a hint that Apple is about to adopt a new screen size for the iPhone 8 – because if it can roll this technology out to the other core apps and functions it could mean less work re-working iOS 11 for a different display size.

Rumors suggest that the iPhone 8 could pack a 5.8-inch display, so this idea isn’t that crazy.