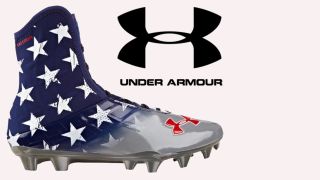 Under Armour's purchase of fitness apps Endomondo and MyFitnessPal is a massive statement of intent, but one that comes as no surprise. It's also that rare thing: a move to monopolise a sector that's actually a good move for consumers.

In September last year, Under Armour surpassed Adidas to become the second highest selling sportswear brand in the US behind megacorp overlords Nike. While Adidas suffered a 23% decrease in sales by September 2014 - dropping to $1.1 billion total sales - Under Armour surged ahead with a 20% increase that took them to $1.2 billion. There's no doubting its credentials: in the USA, UA is a major player.

That hasn't yet fully translated to Europe, but it soon will. Adidas has home field advantage, but Under Armour has made steady inroads and bulwarks to entrench itself on this side of the pond.

The Baltimore-based sportswear brand has been typically brash about its arrival in Europe, and its conquering of the market has been a textbook mix of big money and "soft power". Its ploughed cash into huge advertising campaigns. A lucrative sponsorship deal with Tottenham Hotspur was the point of the spear, alongside a similar deal with Welsh Rugby, and personal deals with the likes of former Spurs captain Michael Dawson, Welsh centre Jamie Roberts and full-back Leigh Halfpenny, and recently a bumper deal to steal Andy Murray away from Adidas for the next four years.

At the same time, it's been assiduously courting media brands, journalists and influencers on this side of the pond with events, "advertorial" campaigns and all manner of opportunities to see their gear in action and to make themselves available to the press - and not just the men's health and fitness press. It's been a marketing campaign of exemplary slickness.

Then there's the recent app purchases - totalling over $500 million by the way. While MyFitnessPal is big everywhere, Endomondo enjoys most its success outside of the USA. There's no doubt that Under Armour is here to stay, and it has the multi-sport credentials to challenge the big players in Europe too.

Finally, Under Armour has also leapt into bed with the tech fan's tech brand, HTC.

So how does all this affect things? These are big waves Under Armour is making .

By adding Endomondo and MyFitnessPal to its existing fitness apps UA Record and MapMyRun, Under Armour has established the largest digital fitness community in the world, with a 100 million-strong userbase outstripping the likes of Nike+ Running, Adidas MiCoach, Strava and others.

For all that is great about many of these running apps, functions like crowdsourced running routes, events and challenges rely on large user bases. The larger the better, in fact. With 100 million people now invested in Under Armour's fitness offering, those social features will only benefit, as will those who use them.

Though Under Armour may rapidly come to dominate the social fitness space, it will take a long time to monopolise it. Nike and Adidas both have large, loyal user bases of people who are tied into their apps through consumer products like fitness watches, and both will be up for the fight.

The one way that Under Armour could screw things up is if it tried to leverage its power in that app space to boost its hardware business. At the moment, its apps work with all the big fitness products on the market, from mum's activity trackers like the Fitbit Charge to full-fat pro running watches like the Garmin Fenix range.

There's little doubt that Under Armour wants to get into wearables in a big way too. A couple of years ago it built the Armour 39, a connected heart-rate monitor of sorts, but confined it to the US. The recent tie-up with HTC suggests a much more serious assault on that market too.