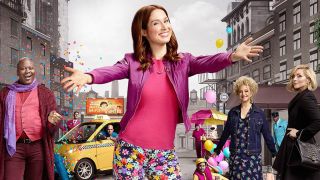 Want more Unbreakable Kimmy Schmidt? While the popular Netflix sitcom came to a close after four seasons this year, it seems like there's more in store – and users will get to decide how the story is told.

Show creator Tina Fey (Mean Girls, 30 Rock) revealed that the show would have one more episode release next year to officially tie up the series, with an interactive narrative in the style of Black Mirror: Bandersnatch, which hit Netflix in late 2019.

“We're thrilled to announce that we’re about to start production on an all-new Interactive Unbreakable Kimmy Schmidt special, set to debut on Netflix in 2020," stated Fey in a press release.

She added: "Fans will be able to make choices on behalf of our characters, taking different story paths with, of course, different jokes. I think it’s a great fit for our show and will be a great way to officially complete the series.”

Bandersnatch prompted viewers to make key decisions throughout the episode – from your morning cereal to where to hide a body – changing the length, tone and overall direction of the plot.

There were countless combinations of scenes to see and a lot of rewatch (replay?) value, and it's no surprise that Netflix has big plans for interactive TV on the platform.

What other Netflix shows could we see get interactive episodes down the line? Orange is the New Black? Bojack Horseman? Our money's on something planned for Netflix's Russian Doll, which sees its protagonist in a recurring time loop: perfect fodder for choose-your-own-adventure television.