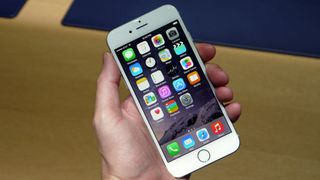 Is your iPhone 6 Plus beset by a flickering display, or is it unresponsive to touch?

It may be suffering from so-called Touch Disease, an epidemic we first reported on back in August. Now, Apple is finally offering a repair program to fix afflicted iPhones.

The tech giant - which has since moved on to the iPhone 7 and iPhone 7 Plus - announced the program Thursday. In its words, "display flickering or Multi-Touch issues" occur when the iPhone 6 Plus is "dropped multiple times on a hard surface and then incurring further stress on the device."

While it can't do anything about dropped phones, Apple is offering to repair working devices that are exhibiting the described symptoms for a service price of $149/£146.44/AU$228.95.

If you've already paid for a repair, Apple says it or an Authorized Service Provider will contact you to arrange reimbursement. This will be the difference between what you originally paid and the program service price.

If you haven't been contacted but you paid for a Touch Disease repair, you can get in touch with Apple through its Support channel.

How to have your iPhone 6 Plus repaired

In case it's unclear, the program only applies to the iPhone 6 Plus. When we first reported on the issue, iPhone 6 devices also appeared to be suffering from Touch Disease.

We've asked Apple why that phone isn't included in the program, and will update this story if we learn anything.

To participate in the Multi-Touch Repair Program, Apple stipulates your iPhone 6 Plus must be in working order, and its screen can't be cracked or broken.

You can choose your service option, including finding an Apple Authorized Service Provider, going into an Apple Store or contacting Apple Technical Support.

Before a repair is performed, your iPhone 6 Plus will be looked over to determine whether it's eligible for the program.

As always, remember to back up your phone before you take it in for repairs. The program, which Apple is offering globally, will be open for five years from the first retail sale of the device.

That's a good long while, but if you've been unable to use your iPhone 6 Plus or are sick of the flickering, you probably don't want to wait any longer.