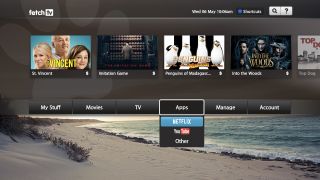 When alternative cable-tv provider Fetch TV, decided to integrate a Netflix app into its set-top-box earlier in the year, the company wasn't expecting the streaming giant to do quite as well as it has.

Nor was Fetch TV expecting that, as a direct result, it would pick up over 30,000 new users in the two months following Netflix's local launch in March.

"The sign-up rate and usage of Netflix on Fetch TV has exceeded even our most optimistic forecasts," Fetch TV CEO, Scott Lorson, told IF.

Malaysian company Astro Overseas Limited, the majority stakeholder in Fetch TV, has recently increased its share holdings from 45% to 75% after converting its debt holdings into shares, according to AFR. The company is now reported to be free of debt and turning over a profit, after years of losses.

Not all of this can be solely attributed to Netflix. The alternative cable-TV provider has partnered with Harvey Norman, Dodo and a number of smaller ISPs in the past year, to fortify hardware sales and expand its distribution network.

Fetch TV also recently completely overhauled its entertainment package and has achieved good sign-up rates through the broadband-subscription and Fetch TV bundles that are offered by its partner ISPs, according to Lorson.