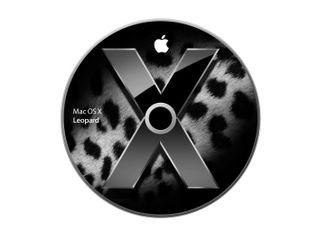 Apple allegedly declared the latest build Gold Master last Friday, and has told Apple Store employees that it needs "all hands on deck" for the forthcoming launch, Loop Rumors says.

Max OS X 10.5 Leopard is the first update to the operating system that runs on many Mac laptops and desktops since Mac OS X 10.4 Tiger arrived in May 2005. Both the iPhone and iPod touch are also said to run full versions of Mac OS X, and already use some key Leopard components.

Leopard will introduce over 300 new features to Mac users.

Desktop: features a new Vista-style translucent menu bar, a revamped Dock and Stacks - a viewing system that makes it easy to sort through a collection of files, folders and apps.

Quick Look: enables you to see the contents of a file or folder before you open it. Microsoft Windows users have had something similar for a while, but Quick Look goes much, much further.

Spaces: a virtual desktop system that enables you to run up to 16 different workspaces. This is handy for keeping your work, personal and leisure apps and files separate from each other

iChat: Apple's Instant Message (IM) client now gives you funky backgrounds, and the ability to show and discuss documents with friends and colleagues.