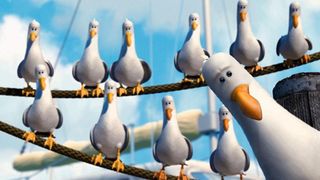 You can also review your belongings and make lists of items you want to give away or those you want to borrow from others, said the site.

It even lets users set statuses for their objects, like "lent," "given away," "got it back," or "lost it."

Google Mine will reportedly be available both on the web and as a standalone Android app, and the service is said to be in private beta testing within Google.

That doesn't guarantee a public release, though.

It sounds like a more persistent and social version of Craigslist, which may be hard to explain to users even if it is a good idea - and we're not saying it is.

Google Mine takes its name from a similar service that launched last December called simply "Mine," as TechCrunch pointed out. It's unknown if the services are related in any official way, but "Google Mine" could also simply be the name that Google is using internally.

What might be even more intriguing is the mention of a feature called "katamari" that reportedly lets you import and view 3D models/images of your objects (just in case you can't remember what the back of your favorite shirt looks like).

The feature must be named after the game Katamari Damacy, which lets players roll an alien ball around a virtual world, starting small but growing to the size of houses, continents and then planets as they absorb the objects they come in contact with.

Google obviously wants Google+ users to roll their whole lives up in the social network, but it's less clear whether that's something that users themselves actually want.

Google declined to comment on the rumor, releasing a statement to TechCrunch that said, "We are always experimenting with new features to help improve people's online experience, but have nothing specific to share at this time."