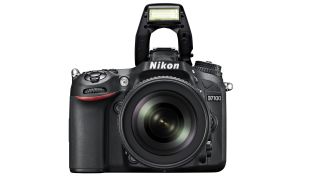 Lots of pixels and autofocus points

Nikon has upgraded the D7000 with a new camera that will sit alongside it in the DSLR lineup, but what are its key specifications? Here are 10 things you need to know about the Nikon D7100.

Despite sharing the same resolution as the Nikon D5200, which was announced at the end of 2012, Nikon says that the 24.1 million pixel sensor is a new design for the D7100. It's a DX format sensor, which is Nikon's term for its APS-C sensors, and means that it has a crop factor of 1.5x, sitting below the full-frame options such as the D600 and D800 in the lineup.

The Nikon D7100 has the Multi-Cam 3500 DX autofocusing system which has 51 AF points just like the unit in pro-level cameras such as the Nikon D4 and Nikon D800. This system includes 15 cross-type sensors at its centre, which are sensitive down to -2EV and are f/8 compatible. Nikon claims that the D7100 boasts faster AF detection than the D7000.

One of the most intriguing features of the Nikon D7100 is the removal of the optical low-pass filter, which should result in images that are crisper and sharper. It does increase the risk of moiré patterning, but Nikon believes that the increase in pixel density means that this shouldn't be too much of a problem for most common shooting scenarios. This is the second DSLR in the Nikon range to have, or rather not have, this feature, along with the Nikon D800E.

Although the DX format means that the camera already has a 1.5x crop factor, an interesting new feature for the Nikon D7100 is the 1.3x crop mode. This gives extra reach when shooting with telephoto optics and is likely to be appreciated by nature, wildlife and sports photographers. When shooting in this mode, the resolution is reduced to 15.4 million pixels, but it does mean that the 51 autofocus points fill the entire frame and Full HD movies can be recorded in 60i and 50i.

Nikon has improved upon the build quality for the D7100, giving it magnesium top and bottom covers, along with weather proofing. It also has an improved texture, and the company has included useful additions such as a lock on the mode dial to prevent accidental changes to your shooting settings.

Like its predecessor, the Nikon D7100 has dual SD card slots. Although CF cards are usually favoured by pros, for those users stepping up from DSLRs further down the range may find the compatibility more useful. Having two slots is useful for a number of reasons. You could choose to use one slot for JPEG images, and the other for raw format shooting. Or you may want to have stills go to one card, and video to the other. Or you can simply use it for backup or overflow shooting.

Generally, digital filters are the domain of compact cameras, but Nikon introduced a selection of filters to its D5100 and D5200 cameras, which sit below the D7100 in the range. This new camera also features a range of special effects, which include Spot Colour and Miniature. It's interesting to see this on something targeted at enthusiast photographers, and shows the popularity of such features. HDR shooting is also available within the camera.

Another enhancement when compared with the Nikon D7000 is the Nikon D7100's screen. It now features a slightly larger 3.2-inch, 1229k dot device. It also includes RGBW alignment, which is claimed to enhance brightness and contrast. Nikon also says that it has a 170-degree wide viewing angle. It's still not an articulated screen like you might find on the Nikon D5200 or the Canon EOS 60D - the latter arguably being one of the Nikon D7100's key competitors.

Many people will assume that the Nikon D7100 completely replaces the Nikon D7000, however Nikon says that instead it will sit alongside it as the flagship model in the DX format range. This should mean that those wanting to get a high-end enthusiast camera will be able to pick up the older D7000 for a good price for the foreseeable future.