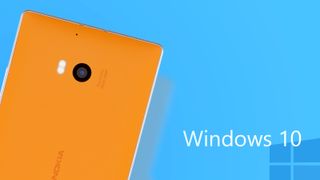 Windows 10 means a whole raft of improvements for mobile

Windows Phone is not long for this world. But don't worry, Microsoft hasn't killed Windows Phone like it all-but killed the Nokia phone brand last year.

Instead, Windows phones, tablets, laptops and desktops are all going to use the same system, Windows 10. Or to be more precise, they'll use the same family of software. Microsoft isn't silly enough to try to cram what we'll use on a 27-inch PC monitor onto a 5-inch phone screen.

Windows 10 will take over from Windows Phone 8.1, bypassing poor old Windows 9.0 altogether. The first build will be released to select devs as early as February, proving that it's already a working system, not just a demo.

The key question now: what's new? And does it have much chance up against Android 5.0 Lollipop and iOS 8.1?

The main aim of Windows 10 for phones seems to be to catch up with something Google and Apple have been working on for a while now: to have a consistent experience between your phone and your laptop or tablet. Being able to check emails on two devices at the same time is a given, but Windows 10 tries a lot harder to merge platforms.

Action Center, the notifications drop-down and Windows' "brain" introduced in Windows 8.1, will now sync in with a similar hub in the desktop version of Windows 10. It's where you find all your new emails, invites, messages and so on.

The stock messenger in desktop Windows will also offer the same communications standard, Skype, as the Windows Phone messaging app, letting the two platforms act as nodes in the same infrastructure. So your nan will be able to chat with you on your mobile while she's using a PC, without any third-party apps. Neat, right?

It's similar to what Apple does with iMessage. Although, granted, most people we know use iMessage exclusively on iPhones, and only notice it's there when it goes wrong.

A new look for your home screens

Despite having a grand new name and setting an important precedent in being totally multi-platform, Windows 10 for phones looks quite a lot like Windows Phone 8.1. Baby and associated toys have not been thrown out with the figurative bathwater.

The system has a recognisable interface that's split into a home screen and an apps menu that houses all the bits you don't want to see every day. However, the look of the all-important home screen has been tweaked, fixing something we complained about when Windows Phone 8.1 was first announced.

Windows Phone 8.1 introduced home screen backgrounds, letting you jazz up your Live Tiles with a selected background rather than the usual block colour. Fair enough, many people love a bit of customisation. However, it also had a tendency to make the tiles' contents completely illegible if you weren't careful about the background used.

Windows 10 for phones tweaks this idea by putting the background across the whole home screen, with the Live Tiles sitting on top as a translucent layer. Which is, of course, what they should have done in the first place.

It could be that the original template was used because it let more of the screen stay black, which would improve battery life in top Nokia OLED phones like the Nokia Lumia 930. But perhaps we're overestimating Microsoft here.

New Outlook: richer email than ever

As an effort to become a bit more PC-like, Windows 10 for phone gets a brand new Outlook interface. That's the default Windows client for mail, for anyone who has shied away from Windows laptops and phones for the last, say, 25 years.

In Windows Phone 8.1, Outlook seems deliberately simple, more concerned with fitting in visually with the rest of the system than offering power user features. However, that's all going to change with Windows 10.

You'll be able to fully format your text just as you would with a desktop computer, and even add tables. What better way is there for the passive-aggressive among us to show our friends exactly how much we overpaid at dinner?

All Windows phones to get an advanced camera app

One of the changes we're most looking forward to seeing is the new camera app. Windows 10 phones will more-or-less take on the Nokia Camera app currently used by most Nokia Lumia devices, ditching the very basic default camera of Windows Phone 8.1

Not only is Nokia Camera pretty feature-complete, offering great levels of manual control over photographic settings, it also means you won't have to juggle between camera apps anymore (Nokia Lumias currently offer two camera app interfaces). It's a win all round.