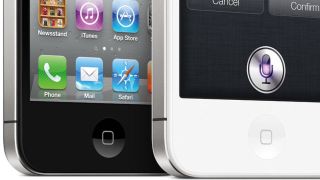 Antennagate was just one of many debacles to befall a smartphone

Even the biggest and best technology companies in the world sometimes have problems.

Whether it is faulty batteries - Samsung we are looking at you - or the Xbox One's drives not working for some when the first batch of consoles were released, if things can go wrong they will go wrong.

The most recent case was with the Sony Xperia Z2, with reports of overheating when you try and film 4K and some finding that the waterproof casing wasn't quite as waterproof as it should have been.

These are nothing, however, compared to the problems the following gadgets had and the apologies that were released because the kit wasn't up to scratch.

Here's the world's faultiest phones and tablets what the companies did to fix the problems.

Apple experienced perhaps the most high profile phone fault ever in what became known as "Antennagate."

When Apple released the iPhone 4 it was received with much fanfare but it quickly became apparent that holding the phone in your left hand could lead you to bridge the gap between the two antenna segments, causing signal problems and even leading to dropped calls.

Apple's response? "Gripping any mobile phone will result in some attenuation of its antenna performance, with certain places being worse than others depending on the placement of the antennas. This is a fact of life for every wireless phone.

"If you ever experience this on your iPhone 4, avoid gripping it in the lower left corner in a way that covers both sides of the black strip in the metal band, or simply use one of many available cases."

In other words, you're holding it wrong. Apple then went on to point out other phones that supposedly suffered from similar issues, as if that made it all OK.

Ultimately Apple did the right thing and gave any customer who wanted one a free bumper which solved the issue. But that didn't stop a class action lawsuit, which, almost three years later, resulted in measly $15 payouts for those affected and even then only for US customers.

The BlackBerry Bold 9900 was an impressive phone when it launched in 2011, but it seems that some handsets worked a lot better than others.

Numerous users reported that their Bold 9900 (and 9930) handsets wouldn't turn on after being left to charge overnight or for similarly long periods of time.

BlackBerry responded that "A limited number of customers have reported an issue where their device does not power on" and that the company is "actively working on a software update to resolve this issue."

While we don't know exactly how many people were affected it seems like it was probably rather higher than BlackBerry's statement suggested, as mobilenewscwp reported at the time that some retailers had as many as a third of all BlackBerry Bold 9900 handsets returned to them as a result of faults.

The N8 was an important phone for Nokia. It came at a time when the company was losing its dominance in the smartphone market. When the N8 launched as Nokia's newest flagship, there was a lot riding on it.

Unfortunately the launch wasn't as smooth as it could have been, as many users reported that the phone would power down on its own and in some cases not power back up again.

Nokia claimed that the issue was to do with power management and went on to say: "As product quality is a top priority for Nokia, we have taken immediate actions to address this. As with any product performance issue, this is covered by Nokia's warranty."

It's unlikely that the issue had too much of an impact on sales, but it was still the last thing Nokia needed, particularly when going up against the iPhone 4 at the time.

The Xperia S was the first Sony phone following its split from Ericsson. It was a fantastic handset with a top flight screen and an impressive camera, but it emerged that if it got too hot (above 40 degrees Celsius) the screen risked developing an ugly yellow tint.

In response to the issue Sony stated that "This is limited to a small number of units and the cause of this has been corrected. Any consumer observing this slight yellow tint on the display of their Xperia S is welcome to contact their local customer service centre and Sony Mobile Communications will resolve this at no cost to the consumer."

While the issue was unfortunate the Xperia S continued to sell well, so we doubt it's something Sony's dwelled on.

It's one problem after another for BlackBerry. Not only did the company had problems with its Bold 9900 and Bold 9930 handsets (not to mention signal outages and ongoing financial issues), but it also found that around 1,000 of its PlayBook tablets shipped with an OS build which was unable to properly load software upon initial setup, rendering them useless.

RIM, as the company was then called, responded in the manner you'd expect, stating that it was working to replace affected devices and that anyone experiencing problems should contact RIM for assistance.

Being limited to around 1,000 devices, this was a fairly small scale problem, but it got a lot of press and can't have helped the PlayBook's sales which initially weren't great.

Still, it's a happier ending for BlackBerry's little tablet that could, as during Christmas 2012 it was one of the most popular tablets available, shifting 160,000 units. Then again, there weren't that many tablets available...