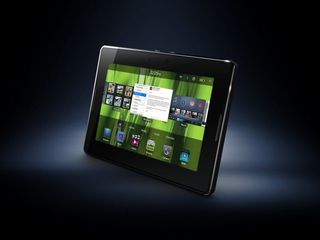 The PlayBook is the only dual-core BlackBerry you'll see for a while.

Although RIM didn't show off any new mobile phones at CES this year, co-CEO Mike Lazaridis has confirmed that there will be a future crop of dual-core superphones under the BlackBerry name.

"We are working on multi-core smartphones, and QNX is our multi-core platform for those devices. Those devices are both in smartphone and in tablet form," said Lazaridis in an interview with PC Mag.

Users who are stuck wanting a dual-core upgrade from their BlackBerry Torches and 9780s may be disgruntled to hear that this is a long-game strategy from RIM, meaning that the more powerful phones won't be on the shelves or in your pocket any time soon.

The BlackBerry focus for now is on the PlayBook tablet, which already offers dual-core goodness along with the new QNX operating system.

When asked why the multi-core platform is not imminently making its way to BlackBerry handsets, Lazaridis cited battery life, size, weight and cost as the prohibitive factors.

"I think a multi-core platform is currently perfect for tablets," he explained.

With dual-core phones either announced or imminent, Samsung, Motorola and LG might disagree; but it's pretty clear that RIM is prepared for these tech companies to test the dual-core water before diving in itself.