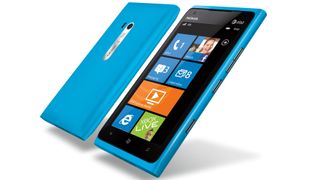 The Lumia is good, but is it good enough?

Nokia has a problem, and it's a simple one: not enough people are buying its smartphones. Nokia has sold 3 million Lumias to date. By comparison, Apple's iPhone 4S did 4 million in its first weekend.

I think there are two problems here. The first is that the Lumia's attracting sympathy, not sales. And the second is that Nokia's chasing the smartphone market of 2011, not 2012.

Sympathy first. As we said in our Lumia 800 review, the Lumia was "the best Windows Phone device out there, but there is room for improvement. We said the same thing with the last crop of WP devices".

I haven't seen a single review that says the Lumia is the best phone around; just the best Windows Phone. When you want to crack the US market, which the Lumia is designed to do, that's not good enough. If you said the BlackBerry PlayBook was the best RIM tablet you can buy, you'd be absolutely right.

You'd still be gutted if you got one instead of a new iPad.

The other problem is everybody else. The single-core, relatively low-res Lumia is launching in the US just as firms are shipping quad-core, massive-screened beasts such as the HTC One X.

I'm not a huge fan of Android - personal preference; I just prefer the way iOS works - but the One X had me drooling with desire. It's a brilliant phone, and I'm expecting to see some equally brilliant stuff this year from the likes of Samsung and Sony.

Then, of course, there's the iPhone 5, which we know we'll see later this year and whose improvements may include a larger screen, a brand new OS and a slimmer body.

Perhaps it's unfair to talk about future phones: after all, Nokia's selling the Lumia right now, and you can't exactly buy an iPhone 5 or Samsung Galaxy S3. That's true, but unfortunately the Lumias aren't as good as the current crop either: in our super soaraway list of the best phones money can buy, the Lumia comes a miserable 14th.

I think the Lumias - and Windows Phone - are very pretty, but looks aren't enough: there needs to be substance behind the style, and I still can't think of any reason why anybody would commit to one of these for two years instead of a current iPhone or high-end Android devices.