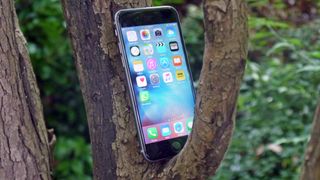 We're expecting a lot of things from the iPhone 7 – a redesigned camera and a reliance on Bluetooth headphones to name just two - but one thing we're not particularly expecting is a sharper screen, yet that's exactly what's been rumored today.

Weibo leaker KK low profile has posted an image spotted by PhoneArena, which seemingly shows the screen panels for the iPhone 7 and iPhone 7 Plus, and along with them has stated that the 4.7-inch model has a 1080p screen, while the 5.5-inch one has a 2K (presumably 1440 x 2560) display.

Sharper screens are coming, but probably not yet

Apple has long lagged behind its Android rivals when it comes to resolution, so it probably is only a matter of time before we see sharper iPhone displays, and we've also heard rumors that point to sharper screens in future, but nothing specifically attached to the iPhone 7.

This close to launch we'd expect to have heard a lot about a resolution change, so we're sceptical that it's happening, especially on both phones at once, but we can't rule it out completely.

If this rumor does prove true and Apple manages it without sacrificing too much battery life then the iPhone 7 and iPhone 7 Plus could be more of an update (and more exciting) than they're so far shaping up to be, but a 2K iPhone in 2017 when Apple is expected to make big changes seems much more likely.