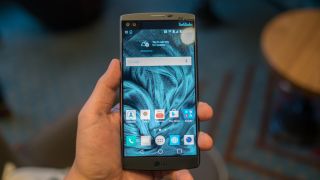 The LG V20 could be one of the smartphone highlights of the year, but probably not if it has the specs that were initially attached to it, including a 5.5-inch 1080p screen.

That would have made for a downgrade on the LG V10, which sounded fishy, so it's fortunate and not at all surprising that we're now hearing it might actually have the flagship specs we were hoping for.

The other leaked specs are largely in line with what we've heard before, including a Snapdragon 820 processor, 4GB of RAM and a 21MP rear camera (which is slightly different to the 20MP sensor touted in the initial rumors).

The LG V20 will also apparently have dual 8MP front-facing cameras and a secondary display. Dual cameras and screens were expected since they were the highlights of the V10, but until now no rumors had specifically mentioned them.

The leak doesn't reveal the size or resolution of the second screen, but says it's like the V10, which had a 2.1-inch 160 x 1040 always-on display above the main one.

Apparently the LG V20 won't support modules, despite the company making a big push for them with the LG G5, and will also have the same build as the LG V10, which had steel sides and a silicone skin back.

These specs sound more convincing than the early leaks, given that they suggest more of a flagship phone, but as ever we'd still take them with a huge pinch of salt until there's more evidence to back them up.

Whatever specs it ends up packing the LG V20 could be an interesting handset assuming it has a dual display. It's also set to be one of the very first phones running Android Nougat and it's due to be officially announced on September 6, so there's not long to wait.